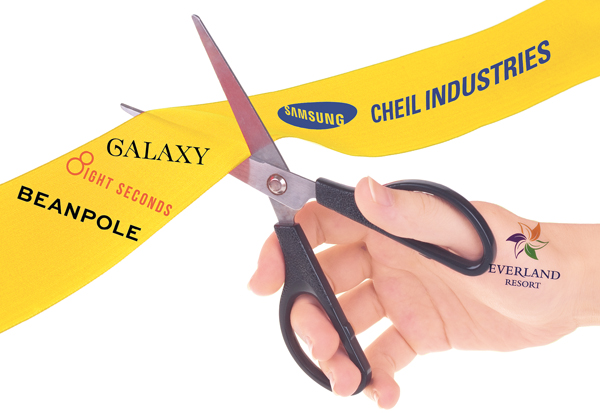 Cheil Industries has decided to ditch what was once its flagship business, fashion, to focus on what it can do best: electronics materials and displays.

The Samsung affiliate’s board of directors yesterday approved selling the retail fashion unit to Samsung Everland for 1.05 trillion won ($977. 5 million). Cheil Industries said it will transfer all assets and personnel on Dec. 1 after a general meeting of shareholders.

Cheil Industries makes electronics parts such as flat-screen films and polycarbonates used in smartphones, while Samsung Everland is in the resort, asset management, food, culture, environmental development and golf businesses.

“Everland, which has B2C (business-to-consumer) operations involving food, theme parks and golf that are sensitive to trends, could have a synergy with fashion,” said Ko Sung-geun, spokesman for Cheil Industries.

“Cheil Industries, which has been expanding its business in providing electronics materials, decided to tighten its grip on the B2B sector, so both affiliates could have win-win situations through the acquisition.”

Cheil Industries, which started as a textile company in 1954, expanded into fashion in the 1980s and into chemicals in the 1990s. Since 2000, it has embraced electronics materials parts as a new growth engine.

Since 2010, it began strengthening the competitiveness of its materials business by incorporating Ace Digitech, a manufacturer of polarizer film for LCDs and expanding production of polycarbonate, the core material for electronic devices like smartphones.

In addition, it acquired German OLED raw materials company Novaled AG in August in a 260 million euro ($351 million) deal. OLED is seen as the next-generation display. 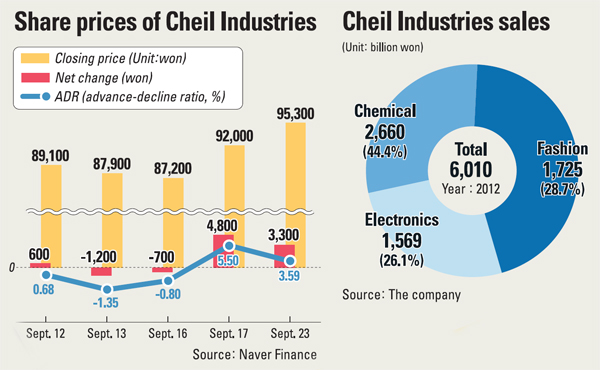 As a result, the company’s fashion business generated only 30 percent of its total revenue last year.

“Currently, details about the future management reshuffle have not been mentioned. The reshuffle of personnel will take place in December along with the reshuffle of CEOs,” said the spokesman for Cheil Industries.

Its fashion business reported a loss in the second quarter.

“By dramatically raising the synergy effects of research and development and production technology through aggressive and leading investments, the company will emerge as the leader in the electronics material industry,” said Park Jong-woo, chief executive officer of Cheil Industries electronic material department.

“In fashion business, soft competitiveness is important. As Samsung Everland, which acquired the soft competitiveness through resort and leisure projects, will take over the fashion unit, even greater synergies are expected,” said Yoon Joo-hwa, CEO of Cheil Industries fashion department.