[Sponsored Report] Korea Games Conference to discuss games for all

[Sponsored Report] Korea Games Conference to discuss games for all 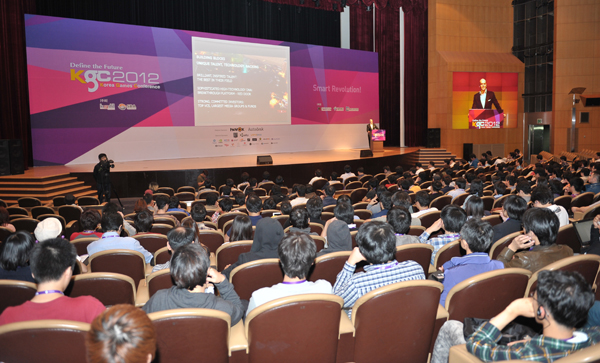 The theme of Korea Games Conference 2012 was “Define the Future-Smart Revolution”.

The annual KGC, widely recognized as the biggest game conference in Asia, is held with the aim of strengthening the global competitiveness of Korean games. Keynote speakers and specialists from different fields gather to discuss trends and development strategies of the world gaming industry.

Under the slogan “Define the Future,” KGC aims to foster the sustained growth of game development, facilitate the progress of game technologies and contribute to the continuous expansion of the industry.

KGC 2013 will be held at COEX, southern Seoul. The conference is organized by Korea Game Developers Association (KGDA) and sponsored by the Ministry of Culture, Sports and Tourism, Korea Internet and Digital Entertainment Association (K-IDEA), Seoul Business Agency and NHN Corporation. The conference will consist of 14 tracks, and around 130 speakers from Korea and other countries - a total of 8,000 people, including the media and members of the public - will be invited to the conference. The number of participants has continued to grow throughout the history of KGC; in 2012, 7,000 people attended. 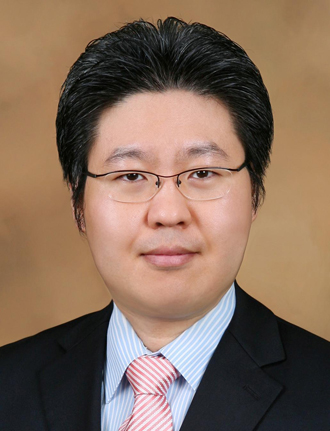 KGC 2013 will be held under the theme “Game for Everyone.” The smart revolution of recent years led to the rise of various platforms for games. Thanks to the development of technology, games are now an important part of life for people of all generations and genders.

In other words, games can play the pivotal role of a communication tool between age groups. This new development brings to light the necessity for games that entertain everyone, not only traditional players. KGC 2013, therefore, aims to provide a platform for in-depth discussions on the realities of games that are impacting many users, along with ways to invite all generations into active interaction.

The KGC Awards will also be given out for the fifth year, with innovation as the core theme. Game developers will be awarded for introducing new technologies, creative ideas and diversity in the six categories of design, graphics, programming, business, open track and portable gaming.

Following is an interview with Lee Seung-hun, president of both KGDA and the Department of Game and Contents Science at Youngsan University. He has been involved in the game industry since 2002, when he became a director at Bashan Network.

A. Korea Games Conference is a historic three-day event, where the most talented game developers are invited to freely exchange ideas and knowledge. Last year, 7,000 participants including around 130 speakers were present, and this year’s conference will be of a similar scale.

What have you been up to recently?

These days, I have been spending very busy days preparing for KGC 2013. With cooperation from our various sponsors, I am working hard to make this conference as fruitful as possible, so that it can even top last year’s.

What is the reason for choosing the theme ”Game for Everyone?”

Last year’s theme was “Smart Revolution.” The rapid disappearance of feature phones and the rise of smartphones that we have witnessed is nothing short of ”revolution.” What used to be only possible on PCs has now been transferred to the inside of our palms.

Approaches to the computing environment have obviously been taken to the next level, and users of mobile games have increased tremendously. Against that backdrop, we chose “Game for Everyone” as this year’s theme and invited speakers who contributed massively to the popularization and expansion of games.

With regards to the mobile game industry, some say it has been vitalized, and others say it’s a bubble. What is your opinion on the current status of the market?

The game industry is now being pushed by two factors: SNS and smartphones. The increase in the market share of smartphones in the mobile market has triggered SNS users to soar. As a result, users tend to rely more heavily on networks when consuming various content, which is proved by the fact that games requiring network access takes up high rankings on most app stores or Google Play.

Such a trend brought about an expansion of communication traffic and the rise in popularity of less complicated games, attracting non-game users to start playing.

For now, the mobile market will be maintained somehow, but I think the growth rate will start to stall once smartphones reach a critical point in development.

The game market as a whole is growing each year, but it seems the online game market pie has shrunk a bit, because of the mobile game market. That is, the utilization rate of PCs has decreased. I look at this phenomenon as a change rather than recession. We are looking for new cheese.

What is your prospect on the future of the gaming market?

First, the mobile market will probably keep growing for the next year or two. While it would be wise to focus on the mobile market for now, I will put my bet on the online market in the long term. Someday, the mobile market will shift to another device with better performance and network speed. It is hard to say with certainty that the mainstream mobile device at that point will be in the same form as smart phones. Based on this point, I believe it would be best to strengthen basic capacity to prepare for later circumstances.