Northern Seoul gets major gallery to call its own

Northern Seoul gets major gallery to call its own 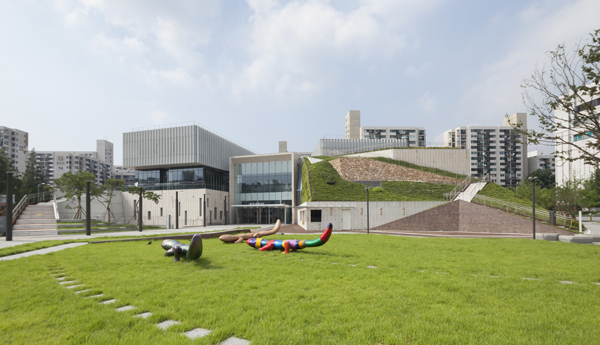 The Buk Seoul Museum of Art in Nowon, the northernmost district of Seoul, opened yesterday, the newest arm of the municipal gallery. Provided by the gallery

With its plentiful new apartment buildings and private schools, Junggye-dong in northeastern Seoul is often compared to the education-crazy parts of the city far to the south. Good schools mean the area attracts families, and parents who fervently wish to immerse their children in the best education and cultural activities. But until now, Nowon District has been considered weak in cultural facilities compared to other parts of Seoul.

So, to meet the rising demand, a branch of the Seoul Museum of Art (SEMA), the capital’s municipal gallery, opened yesterday in Nowon. 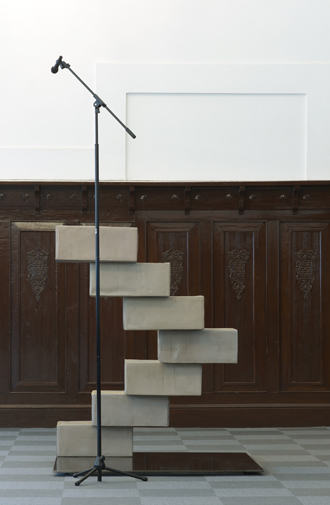 Gimhongsok’s “Stairs Construction - Podium 1” is part of the “Scenes vs. Scenes,” the main inaugural show of the Buk Seoul Museum of Art.

“We will make the Buk Seoul Museum of Art a community-friendly public art museum, attaching great importance to its educational functions,” Kim Hong-hee, director of the SEMA, told the press yesterday.

“This museum has a Children’s Gallery,” said Choi Sung-hoon, director of SEMA’s northern branch. “The gallery will not only hold exhibitions, but will also have various educational programs for children.”

He said that to design the inaugural exhibition and the accompanying events for the Children’s Gallery, the museum has invited curator Choi Hye-gyeong from the Gyeonggido Children Museum.

The exhibition “I Love Seoul” features 40 pieces of art. They include Nam June Paik’s humorous installation and video art, inspired from the old-fashioned Namdaemun Market in central Seoul, and Lee Byeong-chan’s eye-catching kinetic installation made of plastic bags.

Kim also explained what makes the northern SEMA branch different from the others.

“The southern branch will specialize in living arts, encompassing crafts, design and architecture, while the headquarters will focus on international exhibitions,” Kim said.

The SEMA’s headquarters is near Deoksu Palace in central Seoul, and its southern branch, called the Nam Seoul Museum of Art, is near Sadang Station in the southwest. 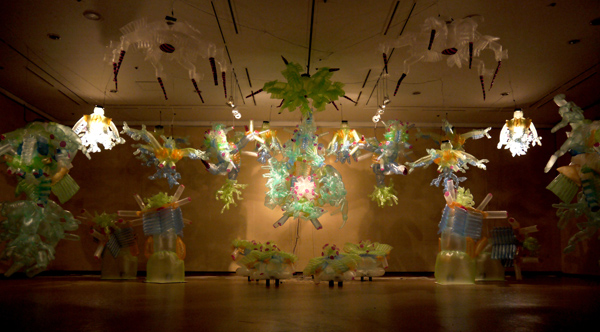 Lee Byeong-chan’s kinetic installation made of plastic bags, titled “Laputa, Urban Creatures,” is part of the inaugural “I Love Seoul” exhibition in the Children’s Gallery in the museum.

Three inaugural exhibitions kick off the opening of the northern branch, including “I Love Seoul.”

The main exhibition, titled “Scenes vs. Scenes,” intends to show a brief history of Korea’s modern art and contemporary art scene, with about 80 works selected from the SEMA collection of 3,600 pieces, according to the museum.

“The museum’s collection shows its identity,” Kim said. “The Buk Seoul Museum of Art’s future exhibitions will be also basically based on the SEMA collection. We could also exhibit works from foreign museums’ collections, but they will be exhibited through our own curation.”