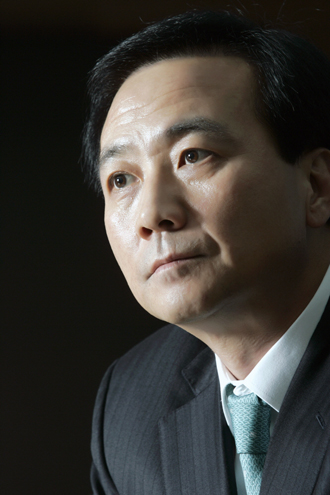 It is believed Park has been under immense pressure over the worsening performance of the company while competing with major players like Samsung Electronics and Apple in the smartphone market.

Pantech, which had enjoyed surpluses every quarter since 2007, recorded its first loss in the third quarter of 2012.

Since then, it has posted an operating loss every quarter.

In the second quarter, the company’s operating loss amounted to 49.5 billion won ($46 million). This is even larger than the 17.9 billion won loss recorded in the third quarter of 2012.

At the same time, sales have been dropping.

Park is known as one of the early members of the high-tech generation who founded Pantech at the age of 29 in 1991. He began his career in sales for Maxon Electronics in 1987. He started his own company that developed wireless devices with only six employees at a small office in Seoul.

Pantech rose to become one of the leading mobile phone companies when it expanded its business to CDMA mobile phones in 1997.

In 2000, he was promoted from CEO to vice chairman. Although Pantech is his company, he said he preferred the position as vice chairman and that he would only accept the chairman title when his work experience exceeded more than 30 years and the company’s annual revenue reached 10 trillion won.

The company grew further by taking over Hyundai Curitel in 2001 and SK Teletech in 2005.

However, Pantech’s struggles started from then on. The company saw declining sales in 2006 and finally applied for a workout in April 2007.

Under a tight restructuring and strong leadership, the company was able to overcome its difficulties.

But then it was faced with another challenge: The age of the smartphone dawned.

Pantech jumped into the smartphone business in 2011.

But near the end of 2011, Park announced his resignation, which drew much attention as Pantech at the time was on the verge of graduating from its workout program.

It was a move by Park to secure his position in management, but also pressure creditors on an early workout. He was able to force the creditors to switch debt to stocks and loans.