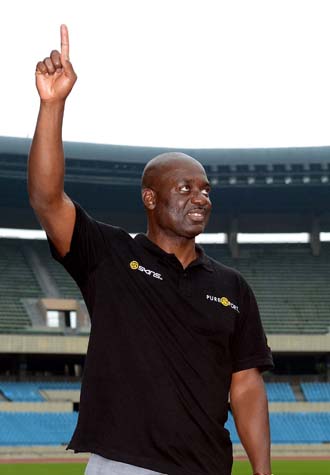 Korea is a competitive country in athletics. It took fifth place both in the 2010 Vancouver Winter Olympics and the 2012 London Olympics. People only care about golds, commonly believing “no one remembers second place.”

But Korean athletics in the 21st century is trying to improve - not only in the quality of its athletes’ outcomes, but also ethically. Today, people are more concerned than ever about match-fixing, performance-enhancing drugs and improving athletes’ rights.

In the 1988 Seoul Olympics, Canadian sprinter Ben Johnson won the gold medal in the men’s 100-meter dash, defeating his biggest rival, Carl Lewis of the United States, with a world-record time of 9.79 seconds. But the joy of victory only lasted a moment because he was caught doping with anabolic steroids and lost his medal.

Twenty-five years later, Johnson returned to Seoul for the first time since the Games, this time as an honorary ambassador for Pure Sport, a campaign by the Australian sporting goods company Skins to promote clean, cheating-free competition. Johnson talked about performance-enhancing drugs and his past with the JoongAng Ilbo.

Q. This is your first visit to Seoul in 25 years. How do you feel?

A. I think I recovered from all the sadness I earned here. I know what I did was wrong, and I think the most important thing to do is to try my best to do something good.

What were your reasons for taking steroids at the Seoul Olympics?

My coaching staff recommended I take them. They told me that I had to use them to win because most of the other sprinters used them as well. I thought about it for one or two weeks and decided to follow their advice.

What kind of changes happened to you after you were caught taking steroids?

I was popular and earned a lot of money, but all that disappeared after the Olympics. I wanted to contribute to my country’s track and field program, but I never was given a chance.

(After the drug scandal, Johnson suffered through a period of financial problems. In the late 1990s, he briefly worked as a personal trainer for a son of Muammar el-Qaddafi and Diego Maradona.)

It must be not easy for you working as an honorary ambassador for such a campaign like this.

I though the purpose of this campaign was worthy, and as a person who used drugs like steroids I thought I could help people suffering from drug abuse.

Do you think it is unfair that you were so demonized after the Olympics?

As I have said, there were many players using such drugs. I’ve suffered for my mistakes for 25 years.

What do you think is the most effective way to stop the use of performance-enhancing drugs?

Taking steroids was the worst choice I ever made in my life. By the time I realized how dangerous it is to take performance-enhancing drugs, it was too late. But when I look at the last 25 years, the problem of drug abuse [in sport] has gotten more serious every year. I think it isn’t effective enough to just punish those athletes who take illegal performance enhancers. People in every level of athletics should take part in programs that prevent illegal drug use.

Do you have any advice to athletes today about the dangers of using drugs?

They should have a good coaching staff and advisers. That is the best way to prevent them from becoming the second and third Ben Johnson.