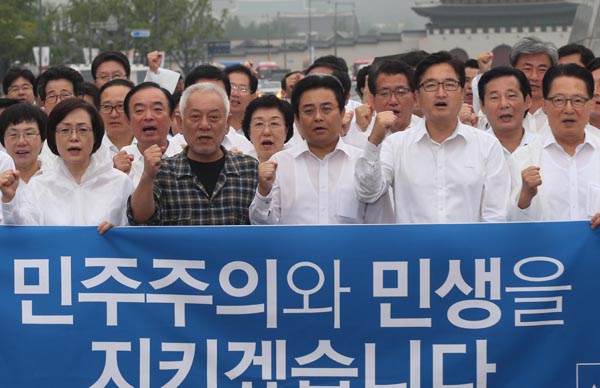 Kim Han-gill, chairman of the opposition Democratic Party, marches with supporters down Gwanghwamun in central Seoul yesterday. Kim reaffirmed his determination to “preserve democracy and the welfare” of the common people, then launched a nationwide tour to continue his protest of the government’s refusal to punish alleged electioneering by the National Intelligence Service in last year’s presidential election. By Kim Hyung-soo