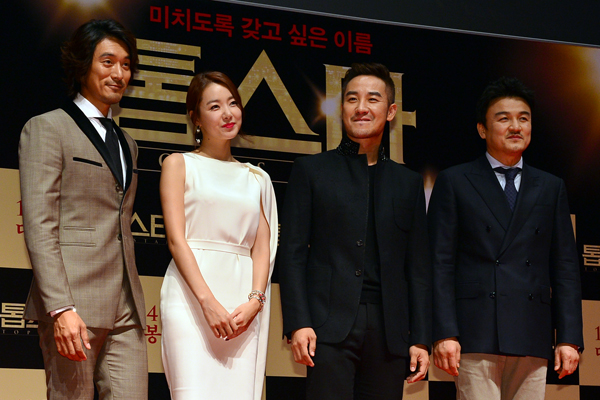 Cast members of the movie “Top Star” and its director, Park Joong-hoon, gathered yesterday to promote the upcoming film set for release on Oct. 24.

Uhm Tae-woong of 2012 movie “Architecture 101” takes a leading role, along with So Yi-hyun of SBS drama “Cheongdam-dong Alice” and Kim Min-joon of 2012 film “The Concubine.”

The movie is a directing debut for former actor Park Joong-hoon. 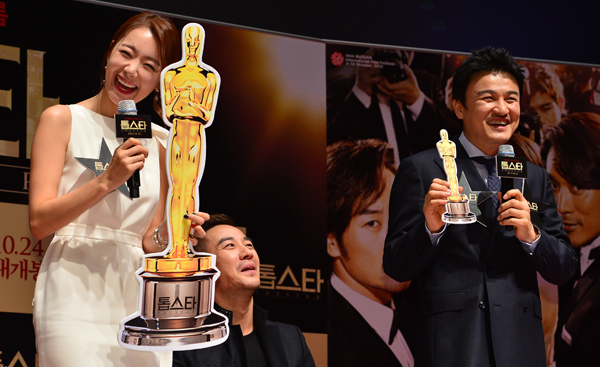 “It is my first time to attend an event as a director,” Park said during the press conference at Lotte Cinema in eastern Seoul. “Although I’m comfortable working in a movie, it feels weird to take a seat as a director.”

He said working with fellow actors and actresses encouraged him to be more confident in his work.

“Top Star” tells the story of Park’s experiences working as an actor in the local entertainment scene for the past 28 years.