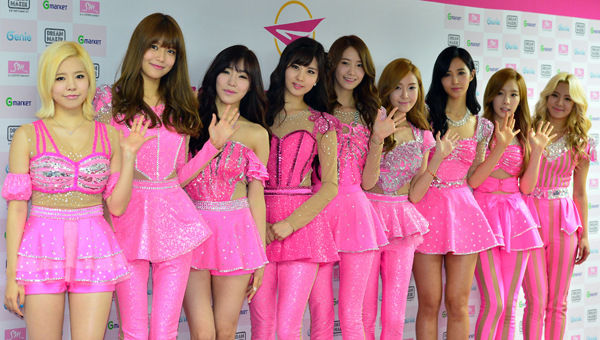 The group’s arena tour in Japan, titled “Girls’ Generation II - Girls and Peace - Japan Second Tour,” was recorded and put together on a DVD, which was released in Japan last week.

The tour lasted for about two months this year. The group performed 20 times in seven different cities in Japan from February to April.

About 200,000 fans showed up to the concert, making Girls’ Generation one of the top K-pop groups to gather one of the biggest audiences in a single tour.

The DVD also topped the daily DVD chart on Oricon on the day of its release.

The group’s eighth Japanese EP “Galaxy Supernova” was placed third on Oricon’s weekly EP chart on the day of its release last week.

The EP came out three months after the group’s seventh EP sold about 50,000 copies on the day of its release.