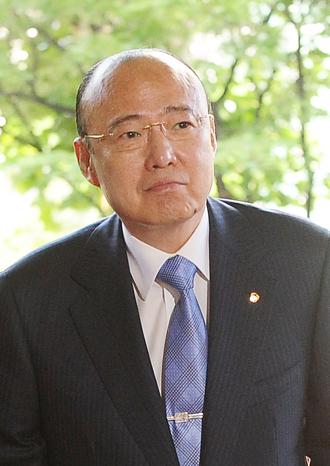 The Supreme Court yesterday ordered a lower court to review its conviction of Kim Seung-youn, 61, chairman of Hanwha Group, for embezzlement and breach of trust and its sentence of three years in jail and a 5.1 billion won ($4.7 million) fine.

The case was sent back to the Seoul High Court for retrial, giving hope of a lighter punishment to the Hanwha chief, who was admitted to Seoul National University Hospital last January after collapsing in his cell.

Kim, who controlled Korea’s 10th-largest conglomerate, was convicted of using about 320 billion won of Hanwha’s money to pay back the debts of companies he ran under borrowed names from 2004-6 and incurring losses to the group by selling stakes to his family at cheaper prices.

In reversing the high court’s ruling, the Supreme Court said it was not a breach of trust for Kim to have ordered group affiliates to make loan guarantees for other struggling Hanwha companies. The high court had ruled that Kim’s orders for two rounds of such loan guarantees was illegal.

“The lower court’s verdict that convicted Kim of breach of trust [for issuing loan guarantees] was not lawful,” the Supreme Court ruling said.

The country’s highest court, however, said the lower court was correct in not accepting one argument by Kim’s defense team. Kim’s lawyers said his decision to pay back debts for cash-strapped affiliates using Hanwha companies’ money was a business management calculation.

The appellate court did not accept the argument because the decision was made without “rational evaluations by the affiliates of Hanwha.”

The court also ordered the review of some other breach of trust charges that Kim was cleared of in the lower court.

The court said a re-evaluation of real estate that was sold by Hanwha companies at much cheaper prices to companies secretly run by Kim under fake names is required to determine whether Hanwha suffered losses and that it constituted embezzlement and breach of trust.

An official at Hanwha Group said the company respects yesterday’s ruling and will take necessary steps to prepare for the retrial in consultation with Hanwha’s legal team.

In the first trial presided over by the Seoul Western District Court in August 2012, Kim was sentenced to four years in prison term and also fined 5.1 billion won. He was immediately sent to prison after the verdict was read.

The Seoul High Court suspended the prison term in January due to Kim’s poor health.

To attend the appeals trial in April, Kim arrived in an ambulance and was brought in on a gurney, breathing on a respirator, covered with a blanket and accompanied by medical staff. Conglomerate chiefs often develop health problems when charged and tried for criminal offenses.