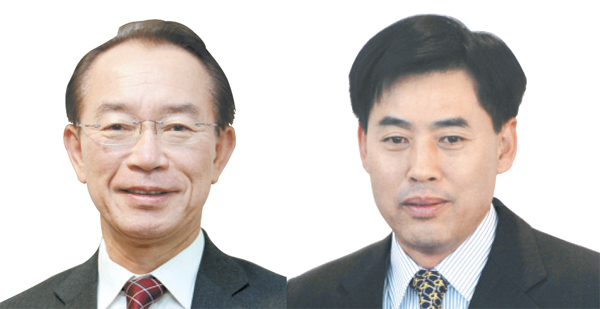 STX Offshore and Shipbuilding Vice President Ryu Jung-hyung became CEO of the company yesterday after Daewoo Shipbuilding and Marine Engineering (DSME) Vice President Park Dong-hyuk, who was supposed to be the new CEO at the creditors’ proposal, abruptly withdrew his nomination Thursday.

The ship manufacturer, which is in a voluntary debt-restructuring program, yesterday held a temporary shareholders’ meeting at headquarters in Jinhae, South Gyeongsang, and approved Ryu as a new board member.

Ryu has been working with STX Group since 2006 after beginning his career with DSME. The 56-year-old will start work as CEO on Tuesday.

Ryu’s appointment came a day after Park told Korea Development Bank, the main creditor of STX Offshore and Shipbuilding, that he would withdraw due to personal reasons.

Creditors have been trying to weaken the power of STX Group Chairman Kang Duk-soo to speed up the revival of the nation’s 13th-largest conglomerate, saying he needs to take responsibility for poor management.

Kang resigned as CEO and a board member of STX Offshore and Shipbuilding earlier this month, and creditors appointed Park despite opposition from STX Group and its labor union.

Creditors, led by KDB, are expected to ask Ryu, who was previously in charge of the company’s shipyard management, to push the restructuring process - which reportedly aims to reduce the number of employees - while completing the sale of the company’s Dalian shipyard in China.

Meanwhile, shareholders approved a share capital reduction yesterday by 100 for one on the largest shareholder, and three for one on other shareholders, through share cancellation to occur on Oct. 30.

The reduction of capital will not only improve the company’s capital structure, but also make STX Corp., the largest shareholder of STX Offshore and Shipbuilding, have a mere 0.3 percent stake in the company. That will allow creditors to take control of the company and limit the power of STX Group Chairman Kang within it.

Meanwhile, KDB also reportedly decided to remove Kang as STX Heavy Industries CEO and board member after having a creditors meeting on Thursday.

However, creditors will allow Kang to stay on as chairman of the board of directors at STX Engine since the company’s financial condition is not as weak as other STX affiliates. That makes it difficult for creditors to use responsibility for poor management as a reason to unseat the 63-year-old chairman.

KDB is expected to announce the new CEO candidate for STX Heavy Industries early next month. The STX Group affiliate shareholders meeting is scheduled Oct. 29, and the creditors’ plan is expected to be confirmed on that date.