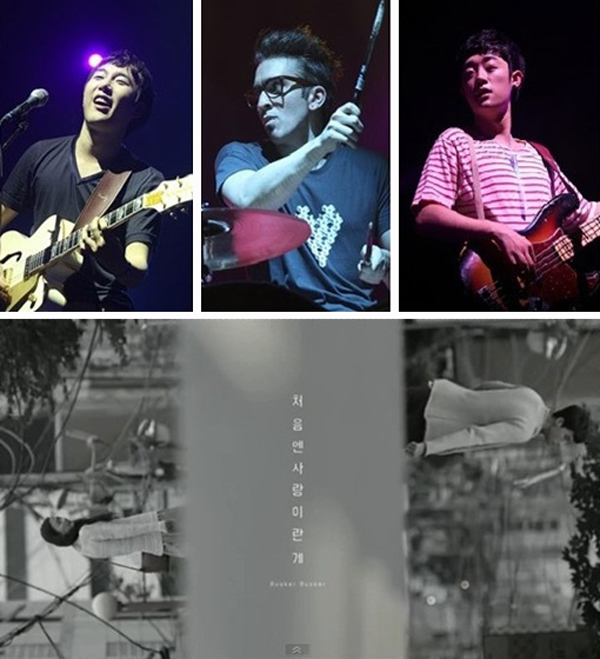 The return of three-member rock band Busker Busker is truly impressive. All nine songs from their second album, released on Wednesday, swept the local music charts, filling the top nine places. The group’s first album did great when it came out last year, but this time the band is even hotter.

Korea’s largest online music provider, Melon, even experienced problems with the release of Busker Busker’s album at 12:01 a.m. Wednesday to 4 a.m. from the sheer volume of people trying to use its Web site.

Such a phenomenon is incomparable these days, even in the age of huge K-pop idols with their zealous fans.

On “Busker Busker 2nd Album,” the band presents darker emotions than their first album, almost as if they had forgotten about the upbeat, cheery songs that made them famous. Only a year ago, the group delighted with their signature song, “Cherry Blossom Ending,” about walking with a lover down a street full of cherry blossoms. Maybe the lovers from that song broke up.

“I’m sitting here after you left me/ I’m looking out at the window and I see the stars in the sky are crying,” he sings on “Night.”

But while the emotions may have changed, people’s love for the band has not.

“We thought that the songs on our second album would be better appreciated in the nighttime, during the autumn, so we released the songs at midnight instead of noon,” said an official at Chungchun Music, the group’s record label.

Busker Busker’s unusual story is well-known. The group became a surprise success on the third season of the audition TV program “Superstar K,” then had one of the biggest albums of the year last year thanks to their touching melodies and memorable songs, capturing the imagination of a public that had grown sick of overproduced, by-the-numbers pop groups created by the big music labels.

But others are impressed that the band continues to defy expectations.

“The group seems to have focused on just what they wanted to do, without fixating on what audiences might want,” wrote Kim Jak-ga, a well-known music critic who prefers their new release to the first album.