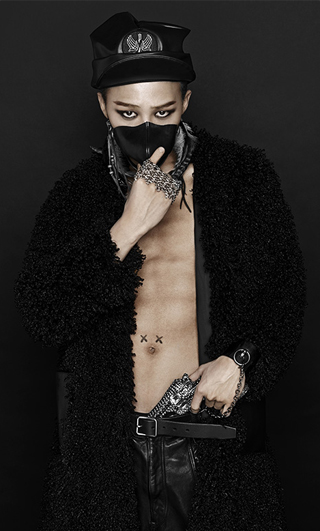 G-Dragon is releasing an LP record of his second solo album “Coup d’Etat.”

YG Entertainment announced that the collector’s edition will be available on Oct. 18.

There will be 8,888 copies of the album produced because 8 is the Big Bang member’s lucky number, and each album will be marked with the singer’s handwriting.

Released in two parts, both parts dominated the charts at home as well as in Singapore, Taiwan, Hong Kong, Thailand and Indonesia last month.

“Coup d’Etat: Part 2” was No. 1 on iTunes hip-hop charts in the United States, Canada and the Netherlands. It was in the top 10 in Denmark, Finland, New Zealand, Spain and Sweden.

Orders for the limited edition LP will be taken from today through YG’s Web site: www.ygfamily.com.

The bad boy of K-pop is in China for a fund-raising concert today. He will perform Wednesday in the Shanghai W-Bank Music Festival.