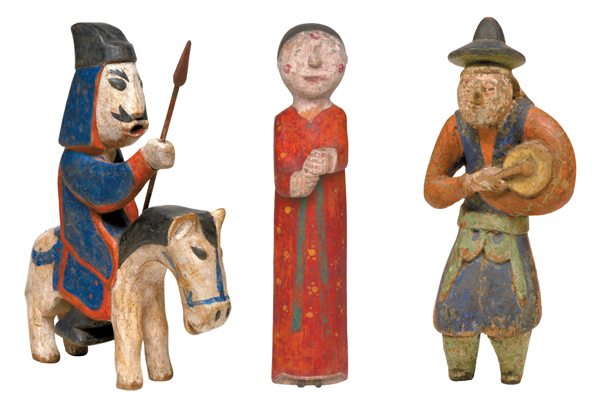 Korea’s funerary figures kicked off their tour of four European countries. The Kokdu Museum in the Daehangno area announced that 76 of its artifacts will be shown at venues in Germany, Hungary, Belgium and France for the next seven months. Kokdu refers to wooden figures used to decorate funeral biers, which were used to transport coffins to ancestral burial grounds in the Joseon Dynasty (1392-1910). For starters, the figures will be displayed at the Grassi Ethnological Museum in Leipzig, Germany, until Nov. 17. Provided by the museum