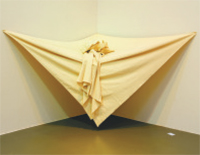 Though Kim got no formal art education, he led the activities of such groups as Painting 68, A.G. Group and the 4th Group. He continued experimenting in various genres of art including performances, body painting, installation art, mail art, land art and films. But only the sensational aspects of his works received attention and were harshly criticized by the conservative Korean society at the time.

This exhibition features about 30 pieces of works of various genres, including those Kim made concepts for but could not realize in the 1960s and ’70s due to technological limitations, and reproductions of his lost works, including Korea’s first experimental movie, “The Meaning of 1/24 Sec”(1969).

To Oct. 20: This is the largest-ever retrospective of Alexander Calder (1898-1976) in Korea, according to the museum. The 118 pieces in the exhibit include not only the artist’s “mobiles,” or sculptures hanging and moving with the air in his signature style, but also his wire sculptures and abstract paintings made in his early years.

Among the exhibits are the artist’s immobile sculptures called the “stabiles” and giant outdoor sculptures in which the characteristics of the mobile and stabile are combined.

Go to Hangangjin Station, line No. 6, exit No. 1 and walk five minutes.

To Oct. 20: The show features four candidates for the “Korea Artist Prize,” co-sponsored by the National Museum of Modern and Contemporary Art (MMCA) and the SBS Foundation. They are Kong Sung-hun, Shin Meekyoung, Jo Haejun and Ham Yang-ah.

Kong won the prize last month. His oil and acrylic paintings depicting landscapes in gloomy and ominous moods “reveal nature at its exhausted state after having been endlessly exploited by people,” according to the museum. 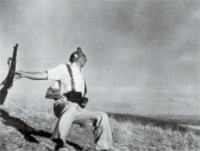 To Oct. 28: The exhibition features original prints by Robert Capa, a legendary war photographer. The show is held to commemorate the centennial of the photographer’s birth and the 60th anniversary of the armistice that ended the 1950-53 Korean War.

Many of the 160 photographs on display are war images from major battles of the early 20th century, including the Normandy landings by the Western Allied forces during World War II. But the exhibits also include portraits of leading cultural figures of that time such as Ernest Hemingway, with whom Capa made friends.

KUSAMA YAYOI: A DREAM I DREAMED

To Nov. 3: This is the largest retrospective ever in Korea of the famous Japanese artist Yayoi Kusama. The exhibition features 119 pieces of her works encompassing paintings, sculptures and installations and interactive media art. Many of the works have dots in her signature style. She is well-known for sublimating her obsession with dots into art. 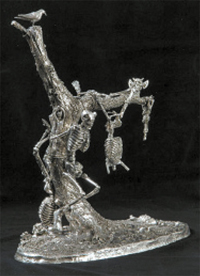 THE SLEEP OF REASON

To Dec. 7: This is the first solo show in Korea of the British artist duo Jake and Dinos Chapman, often known as the Chapman Brothers. They are famous for challenging even the sanctity of other artists’ works and the innocence of children, not to mention issues like violence, death and sex.

The title of the exhibition is named after the Francisco Goya (1746-1828), showing the artist team’s inspiration from the Spanish master. It is also seen in their sculpture “The Same Thing But Silver” (2007) among the exhibits. It depicts three dismembered corpses hanging from a tree that is based on one of Goya’s etchings. The exhibits also include “One Day You Will No Longer Be Loved” (2013), a group of old anonymous portraits, but transformed into grotesque figures as the Chapman Brothers painted over their faces.