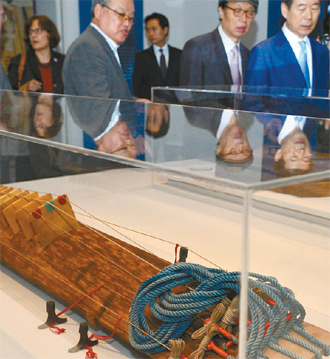 An exhibition titled “Musical Instruments of Joseon in America” kicks off a two-month run at the National Museum of Korea today. People can see eight musical instruments that were exhibited at the World’s Columbian Exposition in Chicago in 1893, lent by the Joseon Dynasty (1392-1910). [NEWSIS]