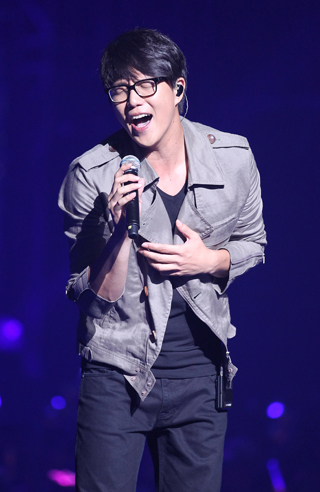 Singer Sung Si-kyung will perform at comedian Sam Hammington’s wedding after Hammington asked him to do so during the recent filming of entertainment show “Witch Hunt” on cable channel JTBC.

The comedian, as soon as he stepped into the studio, said to the singer, “My wife is fan of Sung, and I’m sorry to ask you this” before making his request.

Sung accepted delightedly and promised to sing at the wedding.

The comedian will marry his Korean girlfriend at the War Memorial Museum in Yongsan, central Seoul on Oct. 19 before throwing another wedding in his hometown of Melbourne, Australia on Oct. 26.

The cable channel will air the episode with the comedian and the singer tomorrow.