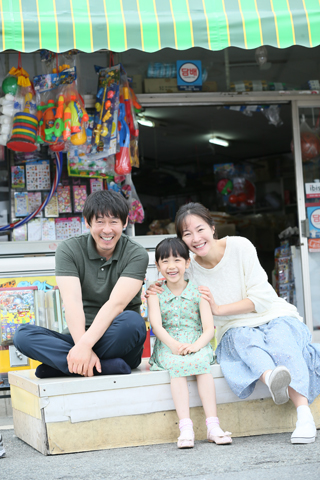 Based on a real rape case, Lee Joon-ik’s “Wish” was intended to console people, but to many it just reopened old wounds. Provided by Lotte Entertainment

Recently in cinema, there has been a surge of real-life crime stories turned into movies, many of them about sex crimes committed against young girls and women.

Earlier in the year in Korea, there was “Norigae,” loosely based on the suicide of actress Jang Ja-yeon, whose tragic end in 2009 revealed a life riddled with coerced sex and a sleazy network of entertainment companies that exploit aspiring young actresses.

And in February in Germany, “3096” chronicled the days of the 10-year-old Austrian girl Natascha Kampusch who was kidnapped and held captive for nearly 10 years.

On Wednesday, the Korean film “Wish” was released, based on the horrific rape in 2008 of an 8-year-old girl, called “Na-young” in the Korean press, by a drunk 57-year-old man. The court sentenced the man to 12 years in prison, which caused outrage around Korea due to the terrible brutality of the crime and the man’s history of violence and rape.

Based on such a truly terrible incident, “Wish” garnered plenty of criticism from the media and general public well before its release. Many people questioned whether it was right to profit from such a horrible event, no matter the intentions of the filmmaker.

It’s no secret that the girl known as Na-young has tried to rebuild her life as far out of the public eye as possible. For veteran director Lee Joon-ik to tell this story seems insensitive to say the least.

Lee, famous for such hits as “The King and the Clown” and “Sunny,” maintains that he made the film to “encourage Na-young and other victims of sex crimes.”

He said that most movies based on a similar subject matter have focused on the sensationalist aspects, like the crime itself, rather than what happens after. “Wish,” according to Lee, is more about showing how life is good and worth living, emphasizing how the community rallied around the victim.

Those are some rather pretty words coming from a man who’s probably never been beaten to a bloody pulp, or had his head held inside a toilet bowl while he was raped until his intestines spilled out.

It’s true that the film does steer clear from the gory details and focuses mostly on the emotions.

There is some first-class acting, too, especially the emotionally charged mother, played by Uhm Ji-won, who is shaken to her core by the attack, and the furious father, played by Sol Kyung-gu, who you expect will destroy the perpetrator any time the two come into contact.

The 7-year-old actress Lee Re who plays the Na-young character - renamed So-won, or “wish,” for this film - is also adorable and carries the role well.

The love that the young victim receives from her community plays a huge part in the film. Overall, the movie does make you feel all warm and fuzzy at the end - but that doesn’t take away from the fact that, in the end, it is someone’s life that is being shown, someone who is now a young teenager, someone whose parents have repeatedly pleaded to be left alone. No matter how well-intentioned, “Wish” feels like it is opening an old wound, and some pretty rainbow-covered bandages and expensive ointment doesn’t change that.

One can only hope that such films don’t catch on and, to the extent that they are seen, that people come away with the desire to improve the legal system and better protect victims of sexual abuse. Clearly, many reforms are needed.

Ultimately, “Wish” fails to convince that the filmmaker made the right choice in telling this story. And as the credits role, the overwhelming question one is left with is, “Was that really necessary?”