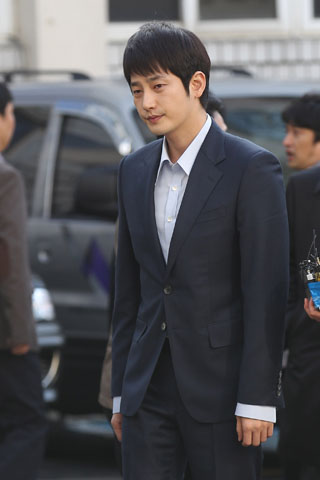 Hoo Factory, the agency of actor Park Si-hoo, released a statement that apologized for Park's behavior in relation to a sexual harassment case from early this year.

It also asked the media to refrain from mentioning the case, which ended after the accuser dropped the charges against him, as the actor is trying to get back on his feet.

"We are very sorry that Park, a public figure who has to set up some good examples, has made a public mess," said President Park Woo-ho of Park's agency, who is also a younger brother of the actor.

"As Park has received much denouncement and support, he will respect such and try to become an actor that puts the best effort."