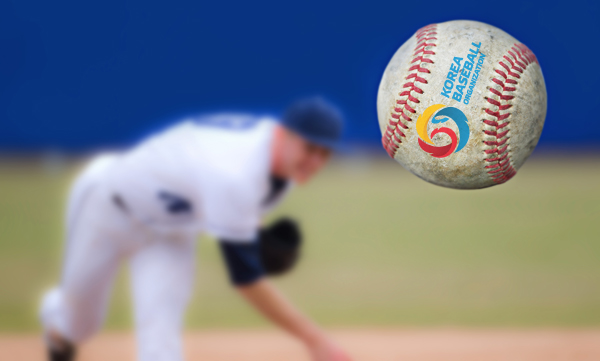 The 2013 Korea Baseball Organization postseason begins tomorrow in Seoul; the final regular season games were played on Saturday. Defending champion Samsung Lions headed directly to the Korean Series by clinching the regular season title, and one of the three Seoul-based teams, the LG Twins, Nexen Heroes and Doosan Bears, will challenge them for the championship. This is the first time in KBO history that all three Seoul-based teams are playing in the postseason.

The first round of the playoffs is a battle between the Doosan Bears and the Nexen Heroes, who will appear in the postseason for the first time in the club’s history. The Heroes had a chance to clinch a bye during the first round of the playoffs when they faced the lowly Hanhwa Eagles, who finished last in the regular season among the league’s nine teams. But the Eagles played spoiler; starting pitcher Denny Bautista allowed only one run in seven and a third innings to spark Hanhwa to a 2-1 win over the Heroes.

The keys to success in the playoffs this year may be pitching and defense. The four teams competing were also the top four in team batting average, and the spread was not very great. The Bears led the league in team batting average in the regular season at .289, and the defending champion Lions were second at .283. The LG Twins (.282) and the Nexen Heroes (.272) followed.

The highlight of the first round, a best-of-three series, will be how the Bears’ batters shape up against the Heroes’ pitchers. Nexen was fifth in the league in pitching, with a team ERA of 4.12, while the Bears were ranked seventh with an ERA of 4.57. Brandon Knight and Ben Haccken, both imports, will lead the Heroes mound crew, with closer Sohn Seung-rak, who notched a league-best 46 saves with a 2.30 ERA in 57 games, waits in the wings. Their biggest offensive weapon is slugger Park Byung-ho who became the home run king of the KBO this season with 47 four-baggers and 117 RBI in 128 games. The Heroes were fourth in team batting, but led the league with 125 home runs. 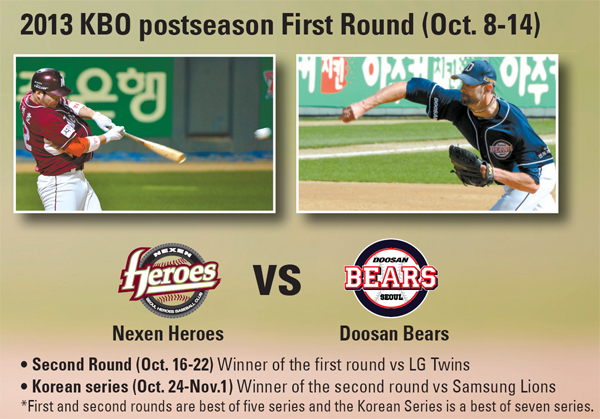 The Bears’ biggest concern is pitching. Their ace, Dustin Nippert, came back from injuries, but he is the only reliable starter. Right-hander Lee Yong-chan is out for the season with an elbow injury. The Bears’ team ERA was 4.57, seventh in the league, and their starting pitchers had 44 quality starts during the season, also seventh in the league.

Bears manager Kim Jin-wook wants to see his team’s offense work as the it did in the regular season. In addition to their perch atop the team batting average standings, the Bears were also best in the league in slugging percentage (.420), RBIs (654) and stolen bases (172).