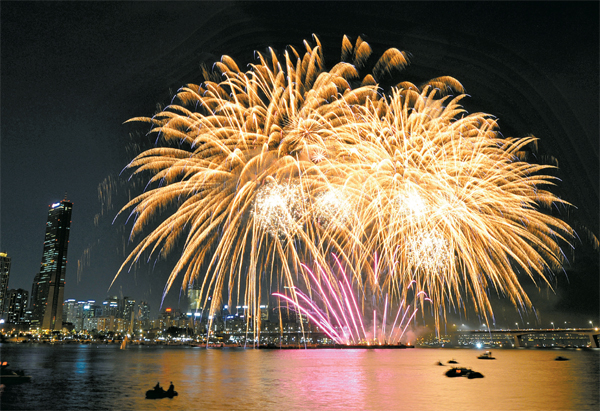 Fireworks light up the sky over the Han River in Seoul, Saturday, as nearly 1 million people watched the Seoul International Fireworks Festival, according to the sponsor Hanwha. Four teams from Korea, Canada, Japan and France competed in the event, which has grown into one of Asia’s biggest fireworks festivals over the past 10 years. [NEWSIS]