Off limits no more

Off limits no more 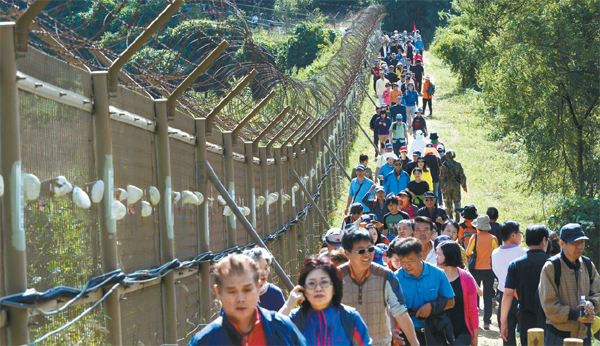 People try out a 4-kilometer (2.4-mile) eco trail alongside the Imjin River in Paju, Gyeonggi, yesterday, which the provincial government opened to the public for two days - Saturday and yesterday. The government spent 800 million won ($747,000) to create the eco trail in an area that was off-limits to the public due to its proximity to North Korea. It plans to add 3.5 additional kilometers and open the entire route once or twice a week starting later this year. [NEWSIS]