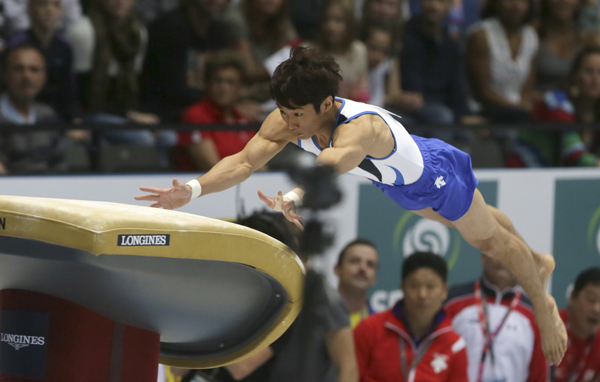 Yang Hak-seon of Korea competes on the vault during the apparatus final at the Artistic Gymnastics World Championships in Antwerp, Belgium, on Sunday. Yang won the gold medal in the event, his second straight. He won his first title in 2011 in the world championships in Tokyo. [AP/NEWSIS]