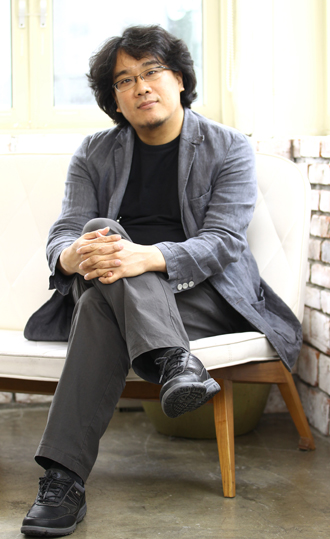 Bong Joon-ho, director of “Snowpiercer,” said he wants to work with actress Lee Mi-sook of the KBS drama “You’re the Best Lee Soon-shin” and Jack Nicholson of “The Departed” during a press conference held at the Busan International Film Festival yesterday.

“There are so many actors and actresses I want to work with, but I’m worried that I won’t be able to work with all of them because I’m very slow in filming,” the director said.

He also said that he wants to continue working with actor Song Kang-ho, although he has already filmed three films with the actor so far, including “Snowpiercer.”

The movie, which garnered 9.3 million admissions in Korea, will be released in France this month, while fans in other Asian countries, including Taiwan, will be able to watch the film next month.

Fans in Japan will have to wait until February.