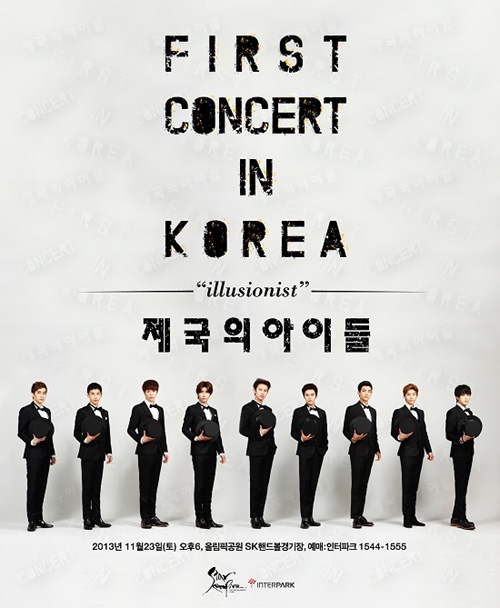 Boy group ZE:A will hold its first solo concert next month, according to its agency, Star Empire, yesterday. The concert, titled “Children of Empire First in Korea ‘Illusionist,’?” will be held on Nov. 23 at Seoul Olympic Park in Songpa, southern Seoul. ZE:A is also known as Children of Empire.

The agency released a poster yesterday featuring all nine members of the group, each wearing a tuxedo while holding a magician’s hat in his right hand.

Although the group recently completed promotions for its EP “Illusion,” Star Empire said ZE:A would continue with the magic theme. The November concert will reportedly be set up like a magic show.

The group made its debut in 2010 with the album “Nativity,” but as many of ZE:A’s members have successful solo careers, they have not promoted themselves as a group as much as most K-pop acts.