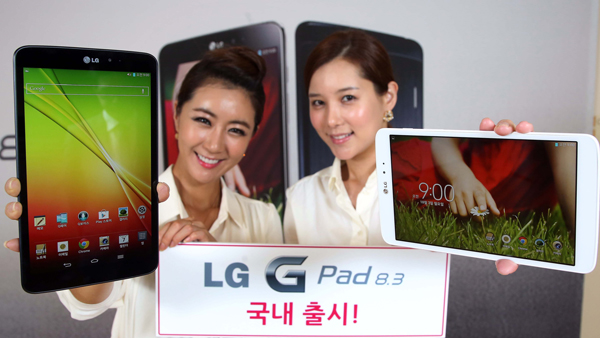 LG Electronics yesterday unveiled its new tablet PC, the LG G Pad 8.3, during a media event at its headquarters in Yeouido, Seoul. It is the first tablet from the world’s third-largest smartphone vendor since its Optimus Pad LTE was released in February 2012, and the company’s first tablet with a full HD screen. With 1,920-by-1,200 resolution at 273 pixel per inch (PPI), the G Pad 8.3 will go on sale Monday with a price tag of 550,000 won ($512) in Korea and will be available in about 30 countries by the end of this year, the company said. Provided by the company