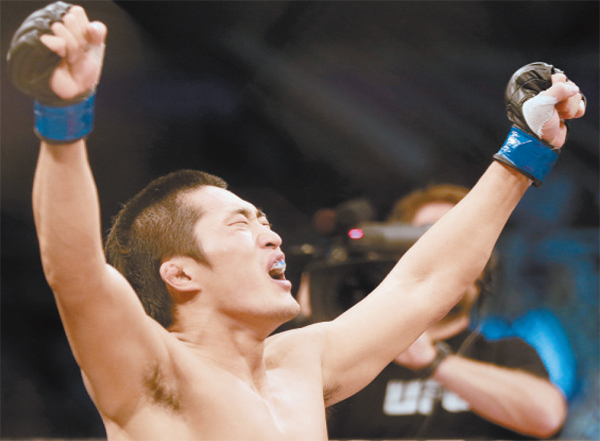 “Stun Gun” Kim Dong-hyun from South Korea celebrates after beating Erick Silva of Brazil in their welterweight mixed martial arts bout at the Ultimate Fighting Championship (UFC) in Barueri, Brazil, Wednesday. Kim recorded a huge upset by landing a huge left hook that knocked out the Brazilian fighter at 3:01 of the second round. Wednesday’s victory was Kim’s third straight and his first knockout since 2008. [AP/NEWSIS]