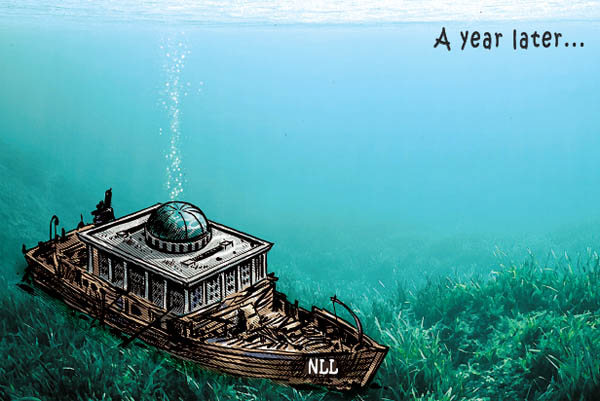 A year after the controversy began over former President Roh Moo-hyun’s alleged disavowal at a 2007 inter-Korean summit of the Northern Limit Line, the maritime border on the Yellow Sea, the National Assembly is paralyzed in a bare-knuckle political fight over the truth. By Park Yong-seok