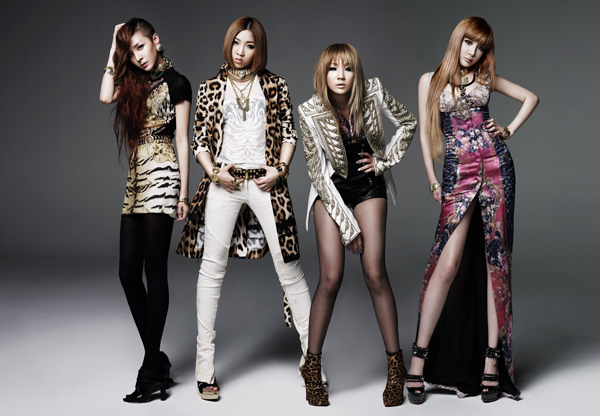 Girl group 2NE1 has been appointed an honorary ambassador to promote the Korea Brand and Entertainment Expo, which will be presented for three days in London.

The four members of the group recently visited the Korea Trade-Investment Promotion Agency headquarters for a press conference and to receive the appointment letter.

“We are honored to be the honorary ambassadors and will put all our efforts in to promote the diverse characteristics of Korea,” the group said.

Sandara Park of the group said that she will focus on spreading the word about Korean food, including galbi, Korean barbeque, tteokboki, spicy rice cake, and bibimbap, a rice bowl of mixed vegetables.