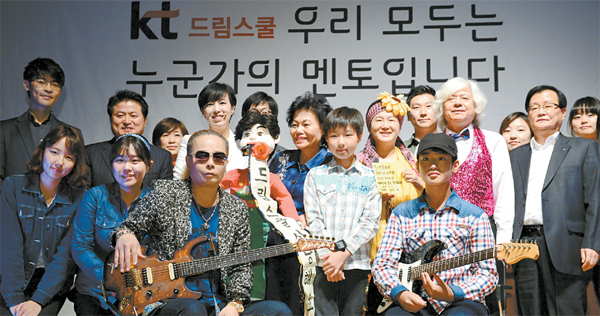 The country’s leading Internet service provider said it will invest 43 billion won ($40.1 million) over the next five years in Dream School, in which paid mentors will provide online-based education to elementary and middle school students. About 1 million students from low-income families across the country will benefit from the initiative, the company said.

KT has operated several free-education programs for adolescents, but not as large in scope or ambition as Dream School. It also is the first time it has focused on a real-time online education platform for mentoring.

KT said the intent of Dream School is to help expand the number of children who benefit from such programs by local companies or NGOs, which are concentrated in Seoul and the surrounding Gyeonggi area.

The mentor pool will be composed of retirees from various social fields such as women whose careers have been hindered by marriage or childbirth. College students are also eligible to register as mentors.

Dream School will start with about 500 mentors this year and expand to 3,000 by 2015, the company said. A mentor will be able to have as many as three mentees.

Well-known guitarist Kim Tae-won and actor Ahn Sung-ki were among those who registered as mentors. Kim participated in a launch event yesterday at KT headquarters in Seoul.