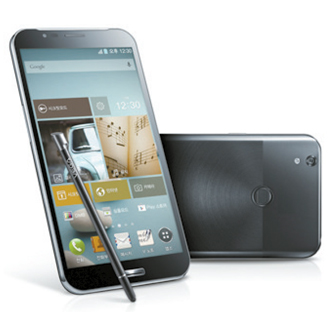 Pantech, Korea’s third and smallest smartphone manufacturer, is hoping new products can turn its fortunes around.

Yesterday, the company unveiled a 5.9-inch phablet called the VEGA Secret Note. It’s the company’s first new smartphone since its founder Park Byeong-yeop stepped down from the top position late last month after ordering a six-month leave for 600 of its 2,500 employees to cut costs.

Pantech had a fourth-straight quarterly operating loss in the second quarter.

In the second quarter, the operating loss widened to 49.5 billion won.

The company’s share of the domestic mobile phone market - dominated by Samsung Electronics and LG Electronics, the world’s first and third largest smartphone vendors - dropped from around 15 percent at the beginning of the year to above 10 percent, Pantech’s Senior Executive Vice President Park Chang-jin told press at an media event yesterday.

“Within a year, we will lay the groundwork for a new Pantech that could last at least for the next 50 years,” said Pantech CEO Lee Joon-woo while unveiling the VEGA Secret Note at the tech firm’s headquarters in Sangam-dong, Seoul, yesterday.

A resolute Lee, who replaced Park as CEO last month, adapted French philosopher Rene Descartes’ famous maxim, cogito ergo sum (I think, therefore I am), to respond to doubts of the company’s sustainability in the fast-changing smartphone market.

The VEGA Secret Note, which the company says has distinctive functions, reflects both Pantech’s desperation and its confidence.

As its name suggests, VEGA Secret Note has a built-in note-taking electronic pen called the V-Pen, the first pen for a Pantech product. It was obviously inspired by Samsung’s Galaxy Note phablet, which first came out in November 2011.

But the VEGA Secret Note has unique functions that makes better use of the pen, the company said.

The VEGA Secret Note also has a “secret key” on the back of the phone, a file-protecting fingerprint sensor that unlocks the phone and gives access to the owner’s protected data.

It is the largest phone made by the company following the 5.9-inch Vega No. 6 released in January.

The product will be sold beginning next week in Korea through all three domestic mobile operators.

Vice President Park hinted its price will be set between 950,000 won and 1 million won.

No plan has been made for overseas sales. Pantech is currently focused on the domestic market, with about 60 percent of its sales being made in Korea last month.

Its overseas markets are mainly the United States and Japan.

The company is also planning to unveil a curved phone and smartwatch. Samsung Electronics, who launched its Galaxy Gear smartwatch last month, announced Wednesday the curved Galaxy Round smartphone, the world’s first.

“We’re planning a curved smartphone and a wearable watch,” Park said. “We are thinking of what kind of benefits we can offer the public.”