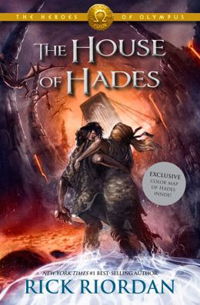 The House of Hades (Heroes of Olympus, Book 4)

At the conclusion of The Mark of Athena, Annabeth and Percy tumble into a pit leading straight to the Underworld. The other five demigods have to put aside their grief and follow Percy’s instructions to find the mortal side of the Doors of Death. If they can fight their way through the Gaea’s forces, and Percy and Annabeth can survive the House of Hades, then the Seven will be able to seal the Doors both sides and prevent the giants from raising Gaea. But, Leo wonders, if the Doors are sealed, how will Percy and Annabeth be able to escape? They have no choice. If the demigods don’t succeed, Gaea’s armies will never die. They have no time. In about a month, the Romans will march on Camp Half-Blood. The stakes are higher than ever in this adventure that dives into the depths of Tartarus. 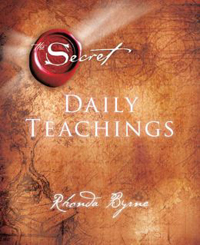 The Secret contains clear principles on how to live your life in accordance with the natural laws of the universe, but the important thing for every person is to live it. Now, with The Secret Daily Teachings, Rhonda Byrne takes you through a year of teachings, sharing wisdom and insights for living in harmony with the laws that govern all human beings, so that you may become the master of your life. 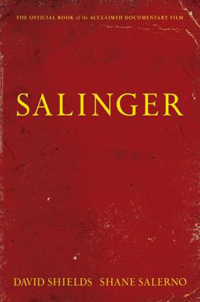 Raised in Park Avenue privilege, J. D. Salinger sought out combat, surviving five battles of World War II, and out of that crucible he created a novel, The Catcher in the Rye, which dived deep into his own despair and redefined postwar America. For more than 50 years, Salinger has been one of the most elusive figures in American history. All of the attempts to uncover the truth about why he disappeared have been undermined by a lack of access and the recycling of inaccurate information. In the course of a nine-year investigation, and especially in the three years since Salinger’s death, David Shields and Shane Salerno have interviewed more than 200 people (many of whom had previously refused to go on the record) to solve the mystery of what happened to Salinger.