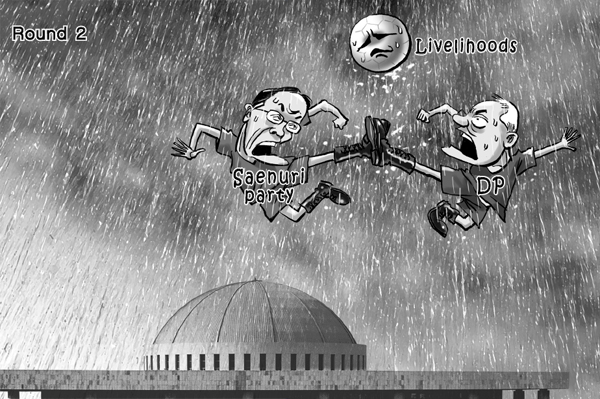 The National Assembly kicked off its regular audit of the government yesterday. The focus is supposed to be on enhancing people’s livelihoods, but the political parties’ reckless fights for control of the audits often end up derailing the sessions entirely - just like how football matches in the military end in brawls.