Kepco CEO in spotlight at WEC

Kepco CEO in spotlight at WEC 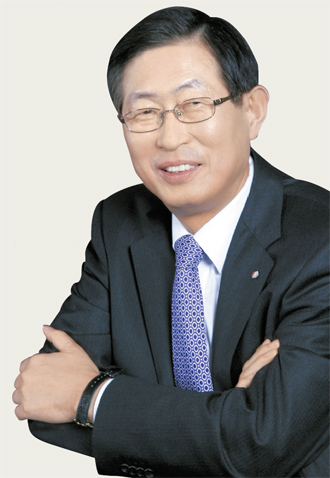 DAEGU - Cho Hwan-ick, President of Korea Electric Power Corporation (Kepco), has been one of the busiest men in Korea.

As the head of the state-run electricity supplier, Cho had to deal with a shortage of power during the scorching days of summer, and he’s also facing resistance from residents of Miryang in South Gyeongsang over Kepco’s attempt to erect pylons for high voltage power lines.

In addition, the 63-year-old is now focusing on the success of the 22nd World Energy Congress, which started Sunday at the EXCO in Daegu and runs through Thursday. Cho is the chairman of the organizing committee of the congress.

The triennial event by the World Energy Council (WEC), which first started in 1924, is referred to as the Energy Olympics. More than 7,000 guests from 120 countries are participating in this year’s event, discussing various energy-related issues, sharing technology and looking for business opportunities.

This year’s congress is the largest ever in terms of the number of participants and the size of the exhibition space. Cho said at a press conference yesterday that he will try his best to make it “the largest and most successful congress.”

“In July, only 500 to 600 people confirmed their participation, but with the efforts of the organizing committee and the WEC we are kicking off the congress as the largest ever,” Cho said. “The reason is because people are paying attention to what kind of answers the World Energy Congress will offer to certain energy issues amid a transitioning in the energy industry.”

Korea is the third Asian country to host the world congress after Japan and India. It is the first time in 18 years it has been held in Asia.

In an e-mail interview with the Korea JoongAng Daily, Cho said that hosting the event gives Korea two important things: an opportunity to be a global leader in setting the energy issue agenda, and it should help Korea export its energy technologies overseas.

“This congress is an opportunity for the Korean government to show its leadership as the host nation and also to play an international role as a mediator between developing countries and advanced countries in the energy sectors,” he said. “It’s also an opportunity to showcase Korean companies and for them to network and expand overseas because world class energy companies are gathering here.”

Cho himself was scheduled to have seven to eight business meetings yesterday alone. The former chief of the Korea Trade-Investment Promotion Agency (Kotra) sees the congress as a platform for SMEs to reach out globally, which is harder for them than for big companies.

Cho, who served as Korea’s deputy energy minister from 2004-6, said the issues discussed at this year’s congress will be different from in the recent past. For instance, previous congresses were focused on oil prices and supplies, but the bigger issue now is future energy and the changing energy industry.

“This is the time that decision-makers of each country’s energy sectors need to establish a new vision, partnerships, creative strategies and new leadership,” Cho said. “The congress is also an opportunity for Asian countries to raise their voices in the global energy market.”

According to Cho, the energy consumption of three Asian countries - Korea, Japan and China - now account for 30 percent of the world’s usage. China sent some 420 delegates, according to organizers.

Cho was also confident that the 60 programs and sessions at the congress will offer food for thought to visitors. More than 270 people, including energy ministers and energy company CEOs, are scheduled to speak at events.

“There are sessions about nuclear power regarding the Fukushima accident and the shale gas development boom in North America, which are currently hot issues,” he said.

Cho said that hosting the event in Daegu, about 250 kilometers (155 miles) south of Seoul, is also significant for the balanced development of the country, considering that most previous WEC congresses were held in capital cities.

“Daegu is one of the cities that represent Korea’s energy industry and is a very proper place to host the congress,” Cho said.