I can’t believe I did that

I can’t believe I did that 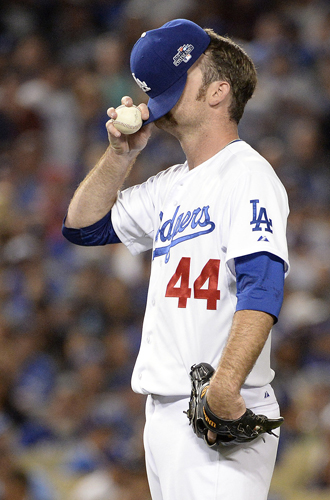 Los Angeles Dodgers relief pitcher Chris Withrow reacts after committing a balk in the fifth inning against the St. Louis Cardinals in Game 4 of the National League Championship Series at Dodger Stadium. The Cardinals won the game, 4-2, and lead the best-of-seven series, 3-1. [NEWS1]