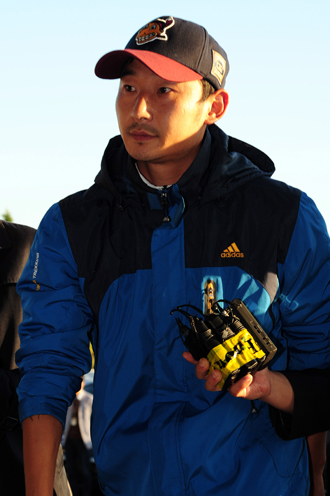 Incheon United star forward Lee Chun-soo has been booked on suspicion of assault and vandalism after drinking in a bar in Incheon. The 33-year-old former World Cup star said a group of people who were drinking at the next table picked a fight with him and he reacted the way he did to protect his wife, but police investigating the case found that Lee’s claim was a lie. When the media first reported the news about Lee, fans sympathized, but later started turning their backs on him.

When officers from the Namdong police precinct arrived at a bar in Guwol-dong on late Sunday night, Lee was bleeding from his right hand. At the time, Lee was suspected of assaulting a man, surnamed Kim, who was drinking with his two friends. Kim told police that Lee slapped his face twice and even broke his smartphone by throwing an empty beer bottle. “He [Lee] was quite drunk,” an employee of the bar was quoted as saying to the police. “He looked like he was angry about something.”

The next day, Lee pleaded his innocence via the media. He said in a phone interview with Ilgan Sports that he didn’t assault anyone or damage anything in the bar, adding that he broke beer bottles because he was trying to repress his anger. He claimed that Kim’s group threatened his wife, but Kim said Lee’s wife came to the scene after the fight, adding that Lee is using his family to avoid taking responsibility for the incident.

“If I really beat someone, I must have been arrested by the police,” Lee said. The police said they didn’t have to arrest Lee because he is a well-known football player who can be identified anywhere. The police said they asked Lee whether he needed an ambulance as he was bleeding, but he and his wife left the scene in a taxi. Lee later told police that he can’t remember anything about the incident because he was too drunk.

When news about the incident was first reported, fans blamed Kim, saying a group of drunken people picked a fight with a football star who generally can’t fight back due to his celebrity status. For years, Lee has been considered a troublemaker whose misadventures were often covered by media. He was also involved in a drunken fight in 2007.

He also had a hard time as a football player. In 2009, the K-League banned him from playing when he tried to seek a spot on an overseas club without first getting approval from his then-team, the Chunnam Dragons. The ban was lifted this year. Lee apologized to the nation for his misbehavior and the K-League - which needed a star player - gave him a second chance. Lee said he will spend the rest of his career contributing his talents to football, leading younger players and boosting the K-League’s popularity.

Lee was considered one of Korea’s best football talents. He participated in the 2002 Korea-Japan World Cup at age 21 and was the ace player on the Olympic team that advanced to the quarterfinals in 2004 for the first time since Korea started participating in the Olympics in 1948. He also scored the winning goal against Togo in the 2006 World Cup.

The police said they are trying to find out the truth as Lee and Kim are making different claims. Incheon United said it will wait for the investigation result. “We will consider punishing Lee if he has done anything wrong to the man,” Incheon FC said in a press release yesterday.