For investors, gold losing its luster

For investors, gold losing its luster 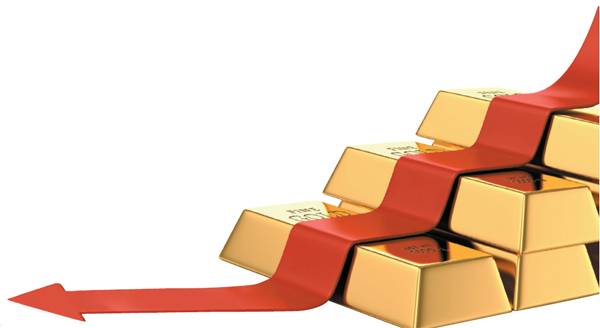 Winter came early for the once-famous jewelry district in Jongno, central Seoul. Shops that until recently were bustling with customers, have been seeing their businesses crumble as gold’s investment appeal erodes. Some have gone out of business.

Although gold has gotten less expensive, the number of customers seeking the precious metal has not increased.

Gold is a popular gift for an infant’s first birthday.

“Until spring, we had a lot of customers asking about gold,” said Song Ho-seop, a 75-year-old jewelry store owner in Jongno District. “But recently, even inquires have stopped.”

Local investors, who had been regular buyers of gold, have halted new purchases in the belief that prices will continue to drop.

A gold investment account at Shinhan Bank earlier this year attracted 2,000 new subscribers a month. Since July, the number of new subscribers has fallen to around 700 to 800 a month.

“Although gold prices were falling earlier this year, people took it as an opportunity to increase their holdings,” said an official at Kookmin Bank. “But as more and more investors started seeing the declining gold value as a trend, investment interest started to wither.”

The global gold market is also betting on falling prices through next year.

The value of international bullion is expected to further drop once the value of the U.S. greenback and interest rates go up. When the greenback gets stronger, gold tends to head in the other direction.

Additionally, investors also redirect their investments from gold to stocks or bonds when interest rates rise.

As the bullion price has fallen, gold investments by major global exchange-traded funds (ETFs) have been shrinking since December. After peaking at 2,633 tons, ETF gold investments have recently hit 1,900 tons.

“Even when the gold value rebounded during the summer, additional increases in gold holdings by ETFs was almost nonexistent,” said Oh Jeong-seok, an analyst at the Korea Center for International Finance. “Gold investment sentiment is struggling to recover.”

Paul Walker, CEO of the U.K.-based precious metal consultant Gold Fields Mineral Services, announced during a lecture on Monday in Tokyo that the golden age of gold has ended. He projected that in mid-2014, bullion values will fall below $1,000.

Considering the low inflation in advanced economies, he said, gold is losing its appeal. Typically, investors tend to stock up on gold as a hedge against inflation.

The Gold Fields CEO emphasized that once the U.S. Fed starts to tighten its monetary policy and raises interest rates, the fall in bullion prices could accelerate.

That could prompt Indian and Chinese investors - the two largest gold consumers in the world - to start selling their holdings and push the value below $1,000.

But some experts, while agreeing the current trend may continue, say gold prices are unlikely to see a significant drop due to a limited supply and demand from Asia.

Furthermore, the additional drop of gold could only happen when the global financial market is normalized.

Numerous uncertainties, including the decelerating economic expansion in emerging markets, reduce the possibility of gold prices shrinking sharply, they say.

“The current downward momentum in gold prices is inevitable,” said Kang Yoo-jin, an analyst with Woori Investment and Securities. “However, the situation could quickly turn around, with investors rushing back to purchasing gold if uncertainties in the financial market heighten.”