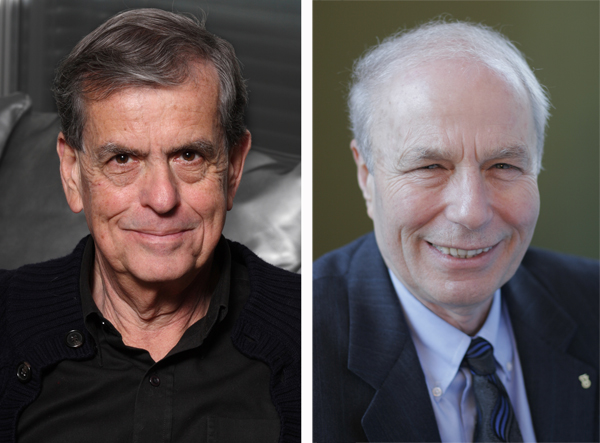 The school said negotiations with the Israeli biochemists Aaron Ciechanover and Avram Hershko are in their final stages, while initial talks with the 2011 Nobel Prize winner Dan Shechtman for a physics professorship are still ongoing.

The faculty appointments are part of SNU’s efforts to foster home-grown Nobel Prize winners by bringing world-renowned scholars to the university.

The academic specialties of the faculty-to-be are in line with the school’s proclaimed focus on engineering and natural science.

Ciechanover and Hershko - joint winners of the 2004 Nobel Prize in chemistry with American biologist Irwin Rose - are expected to work in the College of Medicine when the school’s appointment committee gives the final green light.

“The negotiation is under way separately by the department,” said an SNU representative who wished to remain anonymous because they were not authorized to speak on the matter.

“Ciechanover and Hershko already expressed their intention to serve at Seoul National University, but the final decision will not be announced until the end of this month,” the representative said.

Ciechanover and Hershko won the Nobel Prize while affiliated with the Technion - Israel Institute of Technology in Haif, for characterizing the method that cells use to break down and recycle proteins using ubiquitin, a regulatory protein found in nearly all tissues. Their work has contributed to breakthroughs in cancer research, degenerative diseases in the brain and muscular and neurological diseases.

Hershko has received an array of awards over his scientific career, including the Wolf Prize in Medicine in 2001 and the Albert Lasker Award for Basic Medical Research in 2000 for his contributions to medicine.

Shechtman was awarded the Nobel Prize in Chemistry in 2011 for his discovery of quasicrystals, the crystals found in the atoms of metals that have a distinctive chemical structure.