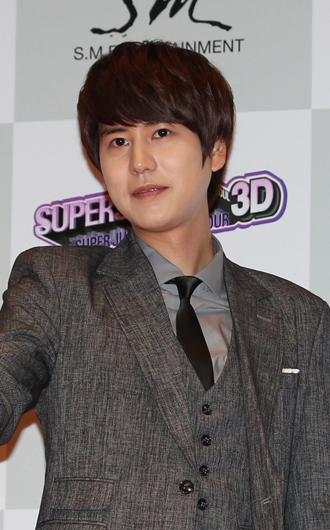 Kyuhyun, of the K-pop group Super Junior, filmed his last episode of the KBS entertainment show “Mamma Mia” on Thursday.

KBS changed the airtime of the program, causing it to clash with another show that Kyuhyun hosts.

“Mamma Mia” is moving to Wednesdays at 11:20 p.m. beginning Oct. 30, from its current 4:55 p.m. on Sundays. The MBC talk show “Radio Star,” on which Kyuhyun appears with three other co-hosts, including comedian Kim Gu-ra and singer Yoon Jong-shin, is continuing to air Wednesdays at 11:40 p.m.

The last episode of “Mamma Mia” with the Super Junior member will air Oct. 27th.

Broadcaster KBS has not announced who will take the baton from Kyuhyun and lead the show in the future, along with current hosts Park Mi-seon and Lee Young-ja.