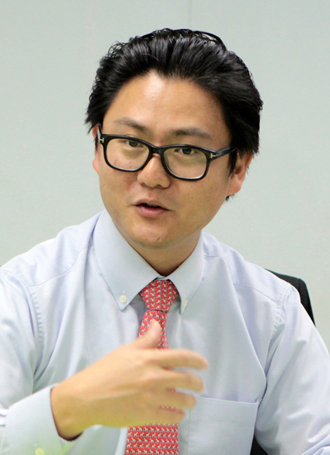 In a tech world hyper-obsessed with hoarding information, one tech company is going in the opposite direction.

Frankly Messenger, led by a Korea-U.S. team of technicians and marketers, is a tech version of decaffeinated coffee for those fed up with the abundance of personal information saved, bought and sold.

“Frankly uses a patent-pending technology to make sure messages really ‘disappear’ after they are read by the recipient,” wrote Cory McNutt of Android Headlines. “Frankly’s encrypting protocols prevent even its own staff and development team from intercepting and reading private messages. And messages are erased from the memory on both sender and recipient devices once they have disappeared.”

The texting app, hatched and tested in Silicon Valley, has received interest since its launch on Sept. 23, with a host of media outlets such as the Wall Street Journal profiling the service and its Harvard-and-Stanford-educated CEO.

“When we have a conversation with people, we don’t usually record it,” said Steve Chung, CEO of Tic Toc Planet, the San Francisco-based start-up that developed the messenger service. “But many messaging services that we use do that, although 80 percent to 90 percent of our messages don’t need to be recorded.”

According to the company, Frankly Messenger was ranked in the top 15 apps in the social network service category in the United States this week.

Since July, Tic Toc Planet has been funded by SK Planet, the mobile platform unit of SK Telecom, Korea’s largest mobile operator, and the virtual U.S. corporation of SK Planet is seeking to be a globally resonant tech company. It launched the Korean-language version on Wednesday and is considering launching a service in Chinese.

That is an ambitious expansion plan given the trend of social networks to seek new ways to compile and profit from customer information. On Thursday, Facebook eased its privacy policy regarding children, which many think will expose more information about young users to advertisers.

While Frankly Messenger does not keep messaging records left by users, Chung said, the company is working on a plan to turn a profit.

The bold business move was endorsed by Viktor Mayer-Schonberger, a co-author of “Big Data: A Revolution That Will Transform How We Live, Work and Think.” In the book, released this year and translated into Korean, the Oxford University professor cautioned that humanity is entering an era where forgetting is more difficult than remembering.

It safeguards democracy, the professor said. He said the standard by which people are assessed could be stricter in the future, and social media messages people inadvertently exchange these days could boomerang to hit them hard in future.

“The only thing that we can do in such a situation is to be overly cautious about how things might be interpreted in the future and that creates the chilling effects that reduce frank conversation, but also public discourse, and undermines democracy. I am very worried about that,” Mayer-Schonberger said.