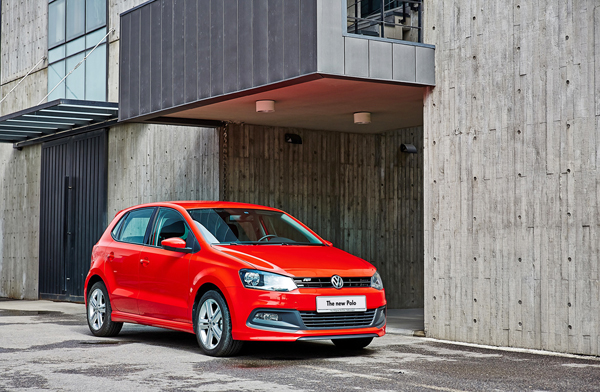 Polo hatchback has few creature comforts, but plenty of room and a VW driving experience. Provided by the company


Volkswagen is perceived as the automaker that created a hatchback boom in Korea with its popular compact Golf. While some Korean drivers had starting to feel bored with the Golf before the appearance of the seventh generation in July, the German brand has successfully sustained the popularity of the smaller Polo hatchback.

Since its introduction in 1975, more than 160 million of the five generations of Polos have been sold worldwide.

Even with such a track record, the Polo was not introduced in Korea until April.

When looking at the Polo from the front, the car looks like a smaller Golf.

According to Volkswagen, the Polo was developed on the principles of VW’s new “Design DNA,” which reflected in the car’s precision and clarity. In other words, the Polo is neither fancy nor cute. Alongside a Mini Cooper or Fiat Cinquecento. the Polo looks simple and strong.

Compared to the Golf, the C-Pillar of the Polo gives a lighter look, while the taillights are more square instead of rectangular. The Polo’s taillamp bears a resemblance to the BMW 1-Series.

The interior is exactly what you have come to expect from Volkswagen: practical.

However, don’t think the Polo is covered with tech-savvy comfort features like you can find in other imported vehicles. The satisfaction of Polo’s interior will pretty much depend on what you prioritize in driving.

Some Korean drivers might feel uncomfortable when taking the seat because it is fabric and has to be manually adjusted. More of old style appointments could be founded on the parking brake and round knobs that operate the air conditioner.

A navigation system is not standard equipment, although the test model was already equipped with the one. To install the navigation option, consumers will have to pay additional 1.2 million won ($1,131). There are audio controls on the steering wheel, which makes it a bit inconvenient to change radio stations or skip music tracks. 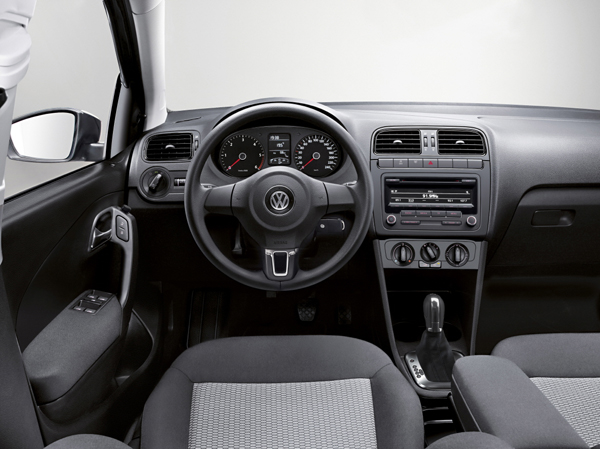 Space-wise, Polo won’t squeeze most drivers because the seat height can be adjusted manually and the pedals are well placed. The backseat is designed to accommodate three adults, although it might be tight.

Cargo space in the Polo is impressive. The hatch size is 280 liters and can be expanded to 967 liter by folding down the rear seat. That is enough room for and camping tables.

The Polo sold in Korea is equipped with 1.6-liter diesel engine and seven-speed automatic direct shift gearbox (DSG) and the stellar reputation of the combination is well deserved, giving a fun-to-drive experience just like the Golf. The noise and vibration is little intrusive when the car is stopped, but quickly dissipate when the car starts to move.

The Polo has a maximum horsepower of only 90, but many drivers will not notice since the car only weighs about 1,225 kilograms (2,700 pounds).

In particular, its maximum torque of 23.5 kilogram-meter, which comparable to midsize cars, is set at 1,500 rpm, which easily gets the Polo up to speed in normal driving.

It won’t be confused with a sport cars with maximum speed of 180 kilometers per hour (111.84 miles per hour), but Polo is still a German car that provides steering precision and handling stability.

In addition, Polo is one of the safest hatchbacks on the road, earning a five-star rating in the European New Car Assessment Program.

It is also one of the top environmentally friendly cars, receiving an Energy Winner award from Consumers Korea in Julyfor CO2 reduction effort. The Polo’s CO2 emission output is 104 grams per kilometer, while fuel efficiency is 18.3 kilometers per liter (43 miles per gallon).

The Polo is currently the cheapest German car sold in Korea, starting at 24.9 million won.

Although some people think the price is still expensive considering the lack of convenience features, the Polo will definitely be a solid option for those who are considering a basic Golf or Mini Cooper.