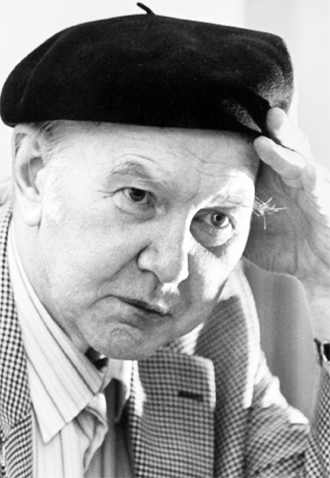 A foreign priest who played a role in Korea’s democracy movement in the 1970s and 1980s, died last Sunday in Germany at the age of 78.

Heinrich Sebastian Rothler, who adopted the Korean name Lim In-deuk, died at the Muensterschwarzach Abbey of the Order of St. Benedict, which he joined at 1955.

Lim is remembered in Korea for his work with publishing and films during the democracy movement.

Born in Nuremberg in 1935, Lim was influenced by his father, an electronics engineer run out of his hometown for being against the Nazis.

His connection with Korea began when he met a German priest who barely managed to survive a North Korean concentration camp. He was sent to the Waegwan Abbey in North Gyeongsang in September 1965. The Order of St. Benedict is known for missionary work related to arts and culture.

Lim started the Bundo publishing company in 1971 and headed it for more than 20 years.

The company published over 400 books including Peruvian Gustavo Gutierrez’s “Liberation Theology,”’ which was popular among anti-dictatorship groups in the ’70s and ’80s. The poems of famous Korean nun Lee Hae-in were also published by the company. The best-selling children’s book “The Giving Tree” by Shel Silverstein was too.

Lim had a lot of interest in movies. “If Jesus was reborn in this era, he would have become a movie director,” said Lim in an interview with the Joongang Ilbo.

He dubbed movies like “A Man for All Seasons”’ and showed them in theaters for university students and workers. Through videotapes, he introduced more than 60 types of movies to Korea, including films from Russia and Northern Europe.

His work with the Gwangju Democratization Movement angered the government of Chun Doo Hwan, which got him almost expelled from Korea.

“I talked in Latin with my fellow German fathers to avoid being overheard by government phone tapping at that time,” he said in an earlier interview.

Although Lim was severely injured in a car accident in 1987, it did not stop him from cultural missionary work.

He returned to Germany two years ago to get treatment for illnesses that resulted from the car accident, but he always intended to return to Korea.

“I’ve heard that the morning he died, he didn’t have any breakfast, and said he was going to have a meal on the plane back to Korea,” said Monk Ryu Jee-young, who assisted Lim in Korea.

Waegwan Abbey held a funeral mass on Thursday, and a memorial mass is scheduled for Oct. 31 at 10:30 a.m.