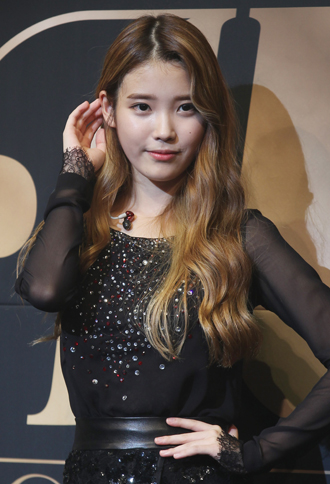 Singer IU, who is in the middle of promoting her new album “Modern Times,” has been cast in a new drama.

Wasting little time since her acting debut on the KBS drama “You’re the Best, Lee Soon-shin,” which ended in August, IU will play the lead in “Pretty Man,” starting next month. IU’s character, Kim Bo-tong, is described as a very ordinary girl (in fact, “botong” is the Korean word for ordinary) who has had romantic feelings for the handsome Dokgo Matte since middle school.

The badly-dressed Botong is unable to show Dokgo her true feelings so must drive away the many women who pursue her crush.

“We decided to cast IU as she has a cute and friendly image, which is the perfect fit for the character in this drama,” said a KBS spokesperson.

Dokgo is played by Jang Keun-suk, whose last TV role was in the drama “Love Rain” in 2012.