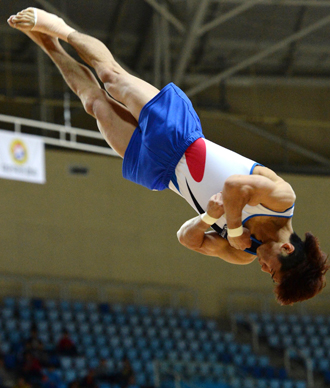 Yang Hak-seon performs on the vault yesterday during the 94th National Sports Festival, held in Incheon. Yang, who was suffering from an ankle injury he sustained during practice, won the gold medal with a total average score of 15.112 in two attempts by performing a technique called “Yeo 2” and a triple twist known as the “Tsukahara.” [NEWSIS]