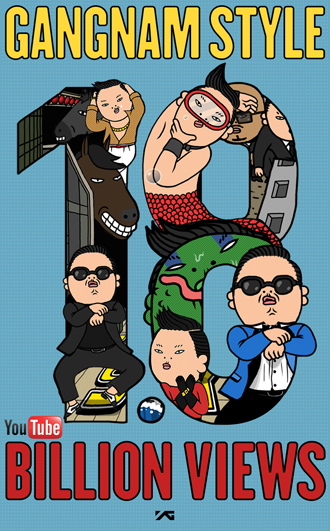 The music video of global star Psy’s hit song “Gangnam Style” has been viewed more than 1.8 billion times on YouTube, according to YG Entertainment yesterday.

The video, first posted on the Web site on July 15 of last year, is still continuously streamed by international fans, continuing to renew the record.

“As the video has added 100 million views a month on average, now [many] are waiting to see if the video will hit 2 billion views soon.”

His other EP, “Gentleman,” released early this year, has also garnered over 500 million views on YouTube.

Meanwhile, the agency said that the star is working on a new song without specifying the release date.