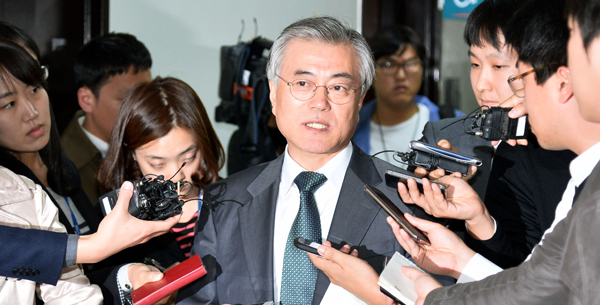 Representative Moon Jae-in, a failed presidential candidate of the Democratic Party in 2012, talks with reporters yesterday at the National Assembly in Yeouido, western Seoul. Moon released a statement on the NIS case yesterday saying last year’s election was, in retrospect, “unfair” and that President Park should “stop the unjust pressure on the prosecution and its probe [into the NIS case] and let them lay bare the truth.” [NEWSIS]