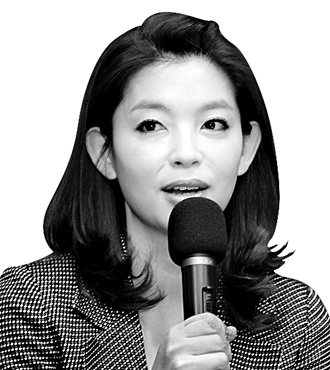 Ten members of a rumor mill, including a newspaper journalist and bloggers, were indicted yesterday for fabricating and circulating misinformation.

The Seoul Central District Prosecutors’ Office said yesterday that a 40-year-old journalist and a 31-year-old blogger were indicted on charges of defamation and detained. The eight others, including an asset manager, were indicted without detention.

The journalist and the blogger were accused of fabricating and circulating rumors that KBS anchorwoman Hwang Su-kyoung and her husband Choi Yun-su, a prosecutor with the Jeonju District Prosecutors’ Office, were planning to divorce.

According to the prosecution, the journalist was accused of sending a text message to his friend on Aug. 30 stating that Hwang was in an inappropriate relationship with a professor at Seoul National University and that Choi was planning a divorce.

The blogger was accused of routinely posting fabricated stories about celebrities - including the claim that popular singer IU will soon marry another idol star. The prosecution said the man made sensational posts in order to attract more visitors to his blog and charge higher fees from online advertisers.

According to the prosecution, the blogger made 582 posts of the so-called chirashi, the Japanese word for leaflets, from January until September of this year. Chirashi is often created by anonymous gossipers - generally workers in the media, entertainment and financial industries - for the purpose of producing sensational information about public figures. These are typically spread by workers in securities companies via computer and smartphone messengers.

The group of eight indicted without detention included a fund manager of an investment company, five bloggers and two public relations workers. The fund manager was accused of disseminating 23 pieces of chirashi, including the rumor about Hwang, to 24 people via smartphone messages. The other seven were accused of sending messages to their friends.