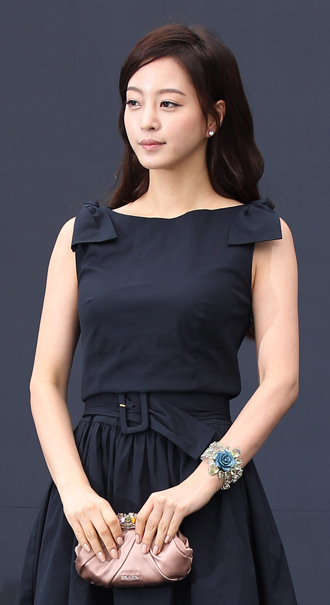 Actress Han Ye-seul, of the 2006 TV drama “Couple or Trouble,” is rumored to be making a comeback in another drama, tentatively named “Shooting Stars.”

The drama, which is being produced by a private company, is reportedly scheduled to air on a local terrestrial channel early next year.

Han is being considered for the lead character role.

However, the drama production company is being cautious about commenting because nothing has been finalized yet.

“The drama is being prepared, but it does not even have a schedule for an air date,” said one official at the company, according to local media reports.

Han has been away from local TV since she left for the United States during the filming of the KBS drama “Spy Myeongwol” in 2011.

She left in the middle of filming, complaining that the production schedule was too difficult.

Since then, although she has been offered some roles, she has not made any official appearances in TV dramas or movies.