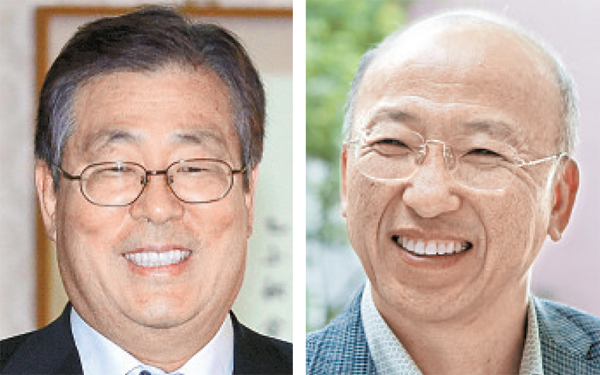 The Blue House announced a series of appointments yesterday to fill top positions that were vacant, including a new minister of health and welfare and a chairman for the Board of Audit and Inspection.

President Park Geun-hye named Hwang Chan-hyon, 60, chief of the Seoul Central District Court, to replace Yang Kun as head the Board of Audit and Inspection, said a presidential spokesman yesterday.

The position had been left vacant for nearly two months after Yang, who was appointed head of the top government watchdog in 2011, resigned in August. Yang had 19 months left of his tenure. His resignation followed a public backlash against the board’s audit of the controversial four-rivers restoration project carried out by the Lee Myung-bak administration.

The post traditionally has the status of deputy prime minister and is one of the top five positions in government, along with the heads of the National Intelligence Service, prosecution, police and National Tax Service.

The choices produced surprised reactions. The Park administration suffered a series of botched ministerial appointments during its first few months.

A senior Saenuri Party official said, “While nominee Moon is recognized as a pension expert, he is too academic in nature, so I am worried whether he will respond well to attacks by the opposition,” as the nominations face grilling in a confirmation hearing in the National Assembly for approval.

Whether Hwang can straighten out the mess left at the audit board remains to be seen. Hwang was not initially mentioned among the possible candidates for the position, but sources said he was proposed by justices of the Supreme Court of Korea.

Lee Jung-hyun, presidential secretary for public affairs, said, “Nominee Hwang, as chief judge of the Seoul Central District Court and Daejeon District Court, has been trusted and respected as a judge with integrity.”

A key source said, “On the principle that the Blue House selects a chairman of the BAI from a legal background, it appears that it requested the Supreme Court make a recommendation.”

Hwang from Masan, South Gyeongsang, has a reputation for being a prudent and honest judge.

He is also known to be current in the fields of information and technology and enjoys computer programming as a hobby. Lee Un-ju, spokeswoman of the main opposition

Democratic Party, complained that another nominee was chosen from the Yeongnam region, which covers the Gyeongsang area.

“Following the prime minister, presidential chief of staff and Supreme Court chief justice, even the chairman of the BAI, are all from the Yeongnam region, and this is a failure in geographical distribution of appointments,” she said.

Kim will replace Park Jong-gil, the vice minister in charge of sports at the ministry, who quit last month following allegations that he had forged a document when transferring ownership of a shooting range in Seoul to his wife.

The Defense Ministry also made a series of appointments including Lt. Gen. Kim Hyun-jib, commander of the Army’s Fifth Corps, as vice chairman of the Joint Chiefs of Staff.