KTU members ordered to return to their schools

KTU members ordered to return to their schools 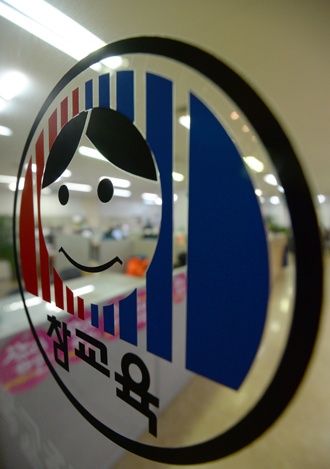 A day after the government stripped the Korea Teachers and Education Workers’ Union of its legal status, the Ministry of Education yesterday ordered 76 teachers now working full-time as union representatives to return to school.

“It is very regrettable that the KTU lost its legal status,” Education Vice-Minister Na Seung-il said during a meeting yesterday with directors from 17 regional education offices at the government complex in Gwanghwamun, central Seoul.

“The ministry will take necessary steps in accordance with relevant ordinance to minimize confusion at schools,” Na said.

Following the meeting, the ministry sent an official notification to regional education offices ordering full-time KTU representatives to move out and return to their schools. The ministry also called on education offices to cease all negotiations with the KTU regarding education policies now that the union lost its legal status.

The ministry also ordered the education offices to nullify collective agreements they may have signed with the beleaguered organization.

The Ministry of Employment and Labor stripped the KTU of its legal status on Thursday after the union rejected the government’s demands to dispel dismissed teachers in its ranks.

On Sept. 23, the ministry ordered it to amend its bylaws within a month and remove dismissed teachers from the union.

In response, the teachers’ group held a three-day vote from Wednesday to Friday last week on whether to accept the demand.

Of the 59,828 votes cast by union members, 68.6 percent objected to complying with the order, while 28.1 percent agreed with the demand. They ultimately decided not to revise their bylaws.

With its legal status stripped, the KTU will lose funding and support from the government, and it won’t be entitled to engage in negotiations with regional education offices to form education policies.

In an interview with the JoongAng Ilbo on Wednesday, Kim Jeong-hoon, president of the KTU, made it clear that the union would reject the ministry’s demand for full-time union representatives to return to school.

“Without them, our organization will collapse,” the president said.

On Thursday, the KTU filed an injunction with the Seoul Administrative Court to challenge the government’s decision. The court is expected to make a ruling next week.

Founded in 1989 as an illegal union - at the time, public workers, including teachers, were banned from participating in political activities or expressing their political views - the liberal organization declared its mission was to “bring democracy to classrooms.”

Until Thursday, the group, which wasn’t fully legalized until 1999, had enjoyed 14 years of legitimacy.