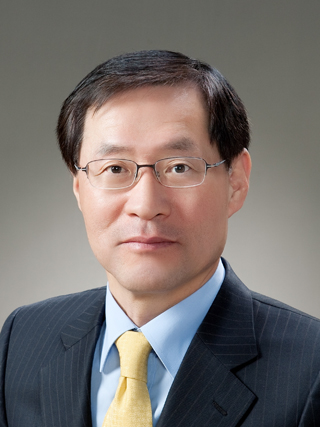 President Park Geun-hye made a quick choice for a new prosecutor-general yesterday, looking to fill a leadership vacuum and salvage the prosecution from a series of unsavory scandals.

Kim Jin-tae, a former senior prosecutor at the Supreme Prosecutors’ Office, was nominated to replace the predecessor, Chae Dong-wook, who stepped down last month after an out-of-wedlock love-child was revealed.

Kim was born in Sacheon, South Gyeongsang. He graduated from Seoul National University’s law school and passed the national bar exam in 1982. He worked at a series of local prosecutors’ offices in Busan, Seoul, Incheon, Daegu, Cheongju and Daejeon.

Kim is known as an expert in “special probes” because of his experiences in large investigations involving former presidents. He led the probe into the late president Roh Tae-woo’s slush funds and into charges of bribery by Kim Hong-up, the second son of ex-president Kim Dae-jung. He also investigated charges of corruption against former Gyeonggi Governor Lim Chang-yuel.

In addition, Kim Jin-tae served as acting prosecutor-general when Chae’s predecessor Han Sang-dae stepped down during the Lee Myung-bak administration.

He is currently working as a senior adviser at a private law firm.

The president’s choice of the nation’s top prosecutor was made quicker than her picks for other senior positions, coming just two days after Justice Minister Hwang Kyo-an recommended Kim out of the four nominees handpicked by the prosecution.

“The president appointed Kim Jin-tae to the new prosecutor-general position in order to normalize a prosecution that people can trust, and wrap up all the ongoing cases through a fair and thorough investigation,” Lee Jung-hyun, senior presidential secretary for public affairs, told reporters yesterday.

Among the four nominees picked by the prosecution, Kim was the oldest candidate with the most experience, advantages for him given the hierarchical nature of the prosecutor’s office.

The prosecution has suffered under a cloud of scandal since former Prosecutor-General Chae Dong-wook was discovered to have a son from an extramarital affair.

But that scandal has been linked to Chae’s over-aggressive investigation of allegations the National Intelligence Service ran an online smear campaign against the Democratic Party’s candidate during last year’s presidential election.

The ruling Saenuri Party expressed support for Kim, saying he is the right person to salvage the prosecution.

“Recently, we witnessed a crisis of the prosecution involving political affairs,” Hong Moon-jong, a senior member of the ruling party, told reporters at a briefing yesterday.

“We believe [Kim] is the right person, capable of fully handling the duties of prosecutor-general with his experience and upright personality and ethics.”

Representative Kim Jae-won of the Saenuri Party echoed that support: “He is a legendary prosecutor, and he is the right person who can establish the political neutrality of the prosecution.”

But the opposition Democratic Party warned of Kim’s close ties to Kim Ki-choon, the president’s chief of staff. The two worked together in 1991, when Kim Ki-choon served as justice minister under the Roh Tae-woo administration, Kim Jin-tae worked for him as a prosecutor at the Justice Ministry’s public affairs office.

“It is fact that nominee Kim is a close aide to Kim Ki-choon, chief of the presidential staff,” said Representative Kim Kwan-young of the DP at a briefing. “The president’s appointment is actually an appointment by Secretary Kim. We worry that Secretary Kim is trying to control the prosecution by naming his substitute to the prosecutor-general.”

Kim Jin-tae’s hometown has also prompted protests from the opposition, as he is the fifth key figure in Park’s administration to come from South Gyeongsang or Busan.